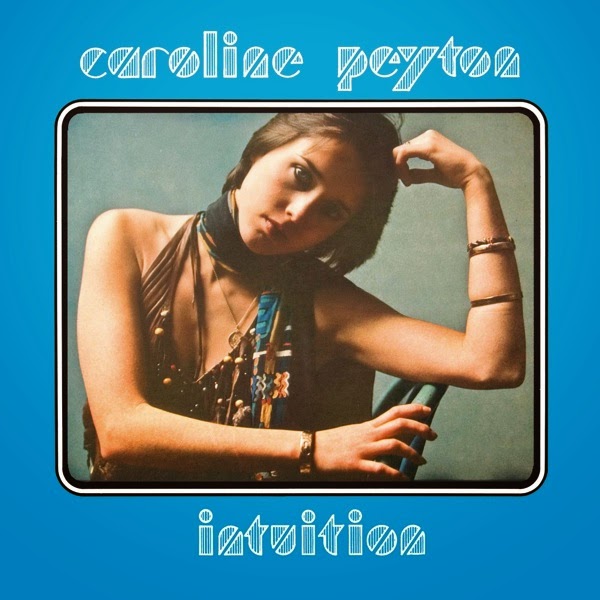 Caroline Peyton sang with cult rural jazz-rockers The Screaming Gypsy Bandits and released a challenging solo debut (1972’s Mock-Up) before recording this superb collection for a local Indiana label in 1977. Boasting an eclectic blend of styles ranging from folk to funk, jazz to pop and even disco, Intuition has attracted ever-greater interest in recent years, being featured on compilations and championed by cutting-edge DJs. It makes its long-overdue CD debut here, complete with biographical liner notes, and is essential for all connoisseurs of 70s singer-songwriting.

Caroline Peyton was born in Brookhaven, Mississippi in 1951, but moved to Charleston, West Virginia when she was six. Much influenced by Joni Mitchell, at 11 she began to teach herself guitar and singing, as well as performing in church choirs and innumerable local theatre productions. In 1969 she graduated from George Washington High School and went to Northwestern University in Illinois to study acting. Music, however, was her first passion, and she devoted much of her time to singing in clubs around Chicago. After two semesters she dropped out of Northwestern to form a duo with singer-guitarist John Guth, before a fateful meeting with lyricist Mark Bingham prompted her to move to Bloomington, Indiana – home to America’s largest music school, at Indiana University. Though not formally enrolled there, she began to study electronic and classical music and recorded three albums of Bach cantatas as part of a choir that also visited Europe under conductor Helmuth Rilling.

Her heart wasn’t in classical music, however, and as 1970 drew on she gravitated towards the Needmore Commune outside Bloomington. There she and Bingham hooked up with the Screaming Gypsy Bandits, whom she joined as well as releasing her solo debut, 1972’s challenging Mock-Up. She was acclaimed in Downbeat at the time for having a voice that’s ‘virtually inhuman, an instrument of intense abstraction, summoning fantastical imagery’, despite her occasionaly tendency to sing through a vacuum cleaner pipe. The band opened for acts including Captain Beefheart, the Mahavishnu Orchestra, Jefferson Airplane and Sly Stone (often at Indiana University), but only released one album of skewed rural jazz-rock, 1973’s In The Eye. While working with the Screaming Gypsy Bandits she’d also been studying singing, and when they split she continued to perform in numerous genres, including soul, folk, jazz and even opera, though another four years passed before she released another album.

Intuition appeared in September 1977, and was described in Rolling Stone as ‘awfully close to state of the art for an album by a pop female vocalist’. Produced by Bingham, it was a typically eclectic collection that received universally warm reviews. The Chicago Sun-Times perhaps encapsulated why it didn’t sell as well as it deserved, however, in describing Peyton as ‘a major talent on a minor label’. Early in 1978 she embarked on a tour opening for King Fu actor David Carradine, whose shambling performances stood in stark contrast with hers, but interest from Clive Davis at Columbia never translated to the major-label deal she deserved. In the 1980s she toured as Linda Ronstadt's understudy in a production of The Pirates of Penzance, as well as singing on Broadway and contributing vocal parts to 1990s Disney hits including Beauty and the Beast, Aladdin and Pocahontas. In 1998 she released another album Celtic Christmas Spirit, though it’s markedly different to her earlier output. As she told the LA Weekly Times in June 2006: “I put my guitar down and never picked it back up.”