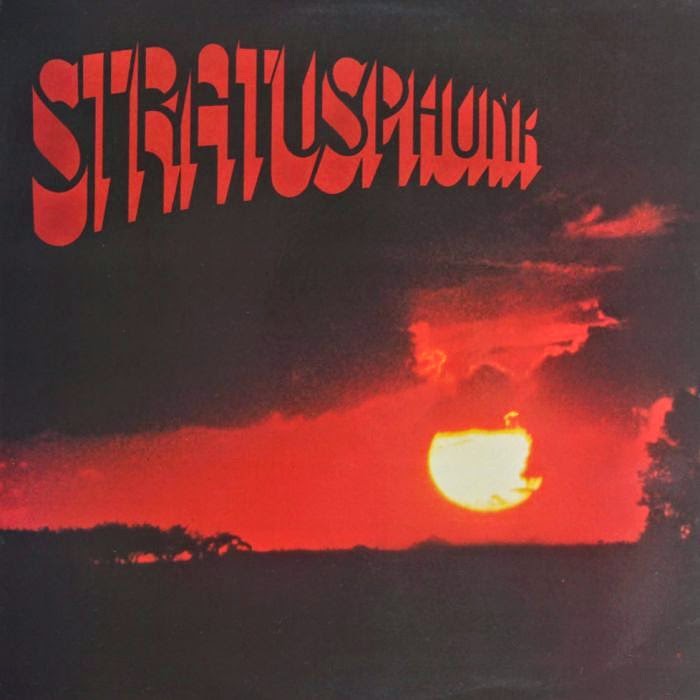 
Absolutely a lost piece of masterly australian jazz-rock like Quasar or First Light though perhaps not with the stunning originality of progressiveness of the aforementioned two, certainly not at the same stratospheric level of Alpha Omega. Note the odd ascription of 'australian composition' on 2 of the tracks, explicable by the fact this record was 'made possible' by a governmental grant. Love to know what Bruce thought of that. Most of the tracks are covers of different jazz compositions by Miles, Oliver Nelson, even Jaki Byard and the famous often-easy listeninged Pavane of Faure which really deserves its own star in the musical elevator hall of fame (along with certain Satie gymnopedies). Nothing comes close to Bill Evans + Claus Ogerman's orchestra for jazz renditions of this in my opinion. Having said that, Clarke's Pavane is very fusionally impressive, note at the 2:35 mark the shocking sound of a diesel-powered moog playing the melody behind the horns (-- oh those spacey moogs of the 70s, how they take me right back to those glorious halcyon days when interstellar ion warp drives and fusion reactors were going to take us to exoplanets in other galaxies within a few decades to boldly go where no child has gone before, finding our glorious and god-given future in other planets where perhaps a limitless supply of fossil fuels and edible large animals could be plundered with impunity... but the dreams all ended with the spacey moogs and we're left alone here on this planet that now only has the capacity for 75 percent of the current 7 X 10 to the ninth population along with Adele and Lady Gaga......)
A big standout for me is the solo guitar track Rain of Life written by pianist Byard (famed Mingus accompanist) which truly shows Bruce's skills. Note the wonderful decorative notes played by the brass halfway thru.


I include the liner notes from the rear record sleeve --mostly for a feel for the seventies era:
"I have a real feeling of involvement with this album. It's because I've been close to this brainchild since its conception, during its gestation and now its accouchement. I suppose I feel like an obstetrician on hearing a newborn baby yell. Not that I've had a long wait to hear this one wail. As they became available, Bruce generously kept me supplied with tapes of these items from early mono mixes to stereo, which I've programmed often. But to those who may be listening to this music for the first time I say-- this is no facsimile of another group and its music-- here is originality!
This music is wonderfully imaginative and stylish, creative and joyous. The group is excitingly professional with its musicianship and deft exploitation of modern techniques and devices for playing and recording. Bruce Clarke is a very original man.
He's one of my men for all seasons and he's always been a champion of the now season. Which is why he digs his Harley Davidson 1200 cc superglide I suppose. He's always looked for new ways to express his music -- so he has a mark 3 moog and a vast assortment of amps gear and axes. He's been president of the International Society of Contemporary Music so he's our only professional electronic composer, thus the use of amps and pedals with this group. And it all stands on the Duke Ellington premise, if it sounds good, it's good! Amen to that.
Really what I've been saying is Stratusphunk is ... right on!"