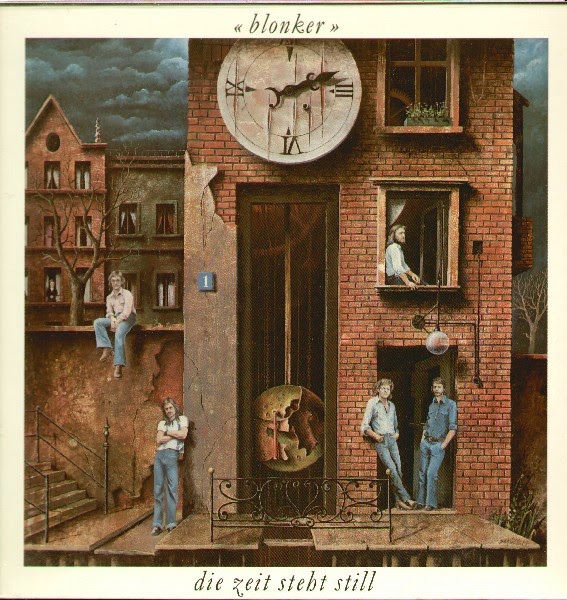 The artist Dieter Geike is Blonker. A German composer and musician, he is skilled at keyboards, bass, guitar, and many other instruments. His gentle rhythmic musical stylings are most times a silky smooth mix of a number of genres, including jazz, rock, and even classical and new age. In 1978 Geike saw the release of his debut album, Die Zeit Steht Still. In 1980 he signed with the Philips Records label to complete two more albums, Fantasia and Windmills. Four years later he switched to another big label, Mercury, where he recorded three more marvelous full-length albums. The start of 1990 found Geike working under yet another new label, BSC Music. Albums like 1980's Time to Remember and 1998's Wellness kept his music before fans. Throughout the '90s, Geike received numerous positive reviews as Blonker. Gradually his fame has spread from Russia to Europe to America.

Like most of you, I was only familiar with the name through the post-1980 albums which featured very simplistic and almost childlike "progressive'' sounds, virtually new age in its lack of interest.  Therefore imagine how surprised I was to find out the debut album from 1978 was a very inventive and well-written mix of songs featuring really delicate and unusual chord changes and other features of immense interest.

Notice the beautiful atmosphere that builds up in the course of the guitar arpeggio opening, with the high bass note suggesting a wind or storm, and the harmony vocals of the chorus a la 10cc gingerly transitioning up to the next chord with a minor second: just a beautiful touch.  When you look at the database entry on discogs, one almost gets the feeling he did better within the group setting, even though all music was written by him with the exception of the first track (Feuerhak being the lyricist).