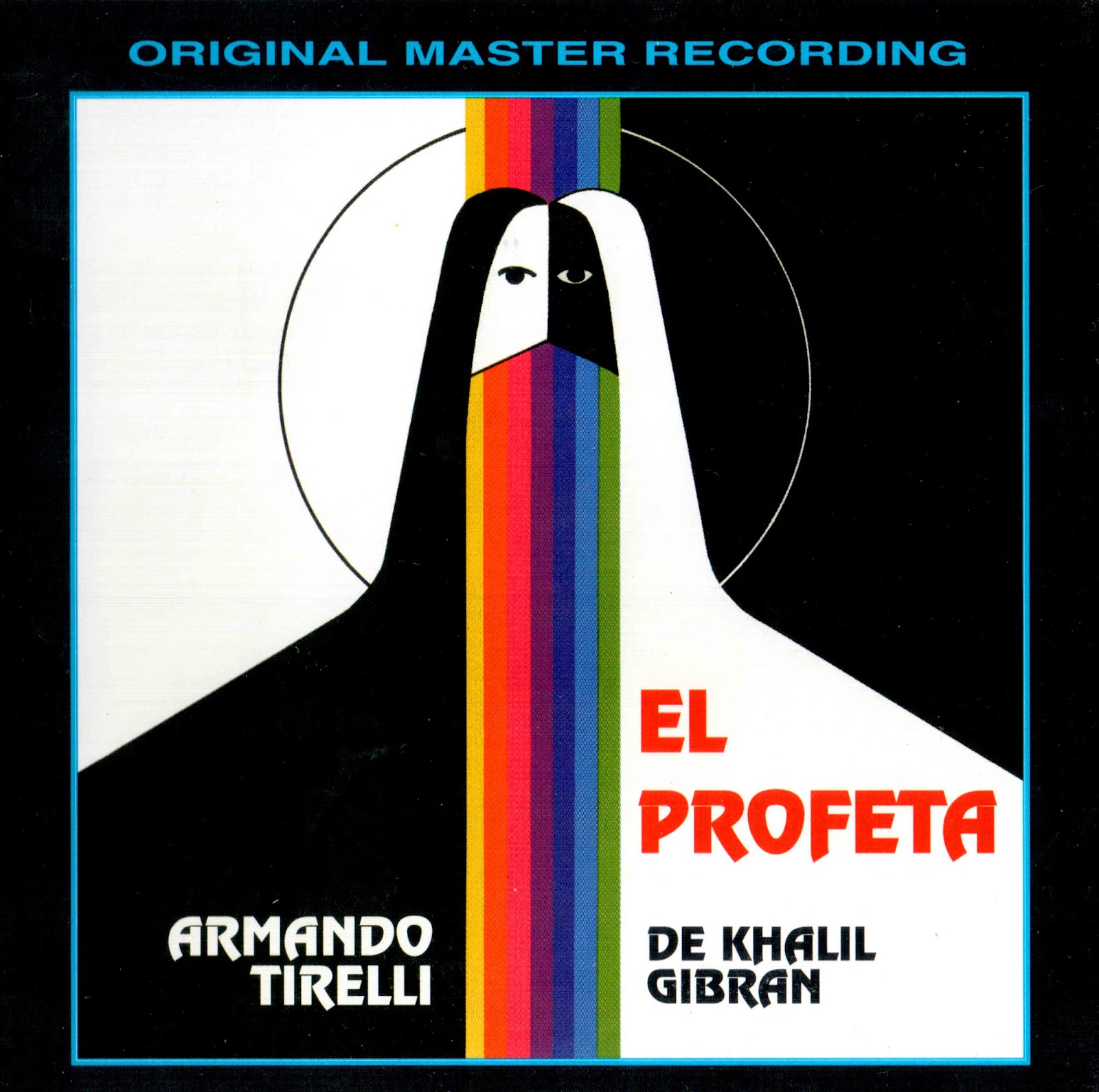 Armando Tirelli was the keyboardist and primary composer for the Uruguayan soft-rock/jazz group SEXTETO ELECTRONICO MODERNO beginning in the late sixties. That band released four studio albums before emigrating to Mexico under the name ËXODO in the mid-seventies. Tirelli moved on to release his lone solo album "El Profeta", a symphonic and spoken-word thematic effort based on the poetic novel 'The Prophet' by Lebanese writer and sixties counter-culture icon KHALIL GIBRAN.

While Tirelli's previous work with SEXTETO ELECTRONICO MODERNO was characterized by jazz and classical influences, as well as more traditional Latin inflections of bossanova and salsa, "El Profeta" is a highly symphonic concept album that is heavily akin to the most poignant Italian symphonic music (PFM, LE ORME). Tirelli includes a number of spoken-word passages in Spanish, presumably in reference to Gibran's novel.

The tracks are arranged to coincide more or less sequentially with the novel, with some individual tracks even representing specific poems in the work. The instrumentation is all centered around Tirelli's piano, and to a lesser extent synthesizers, plus some fuzz guitar that gives a real spark to many passages. The original vinyl is nearly impossible to find today, but there are re-issued CD versions available in the Americas and Europe.

Tirelli enjoyed a long stint as a composer, arranger, and performer in Spain after releasing this album, and after leaving Uruguay himself.

Armando TIRELLI was a keyboard player who released this rare album, in 1978, inspired by the writings of Gibran Khalil. The music on "El Profeta" shows a strong influence from the Italian prog scene. In fact, there are certain sections that sound like they were recorded by an Italian band around 1973, but the Spanish vocals gives the album a unique South American flavor. I have to admit not liking "El Profeta" after first playing it. Most of the music sounded too dated, and even a bit too romantic. After repeated plays, something strange happened and the compositions grew on me to the point that the CD became one of my favorites. Out of the 13 tracks, I still have a problem with one track entitled "Hablanos Del Amor". That track is an attempt at writing a typical love song. Don't expect complex symphonic prog, but if you're in the mood for romantically beautiful melodies (ala Italian prog), and moods, then you will definitely enjoy "El Profeta".