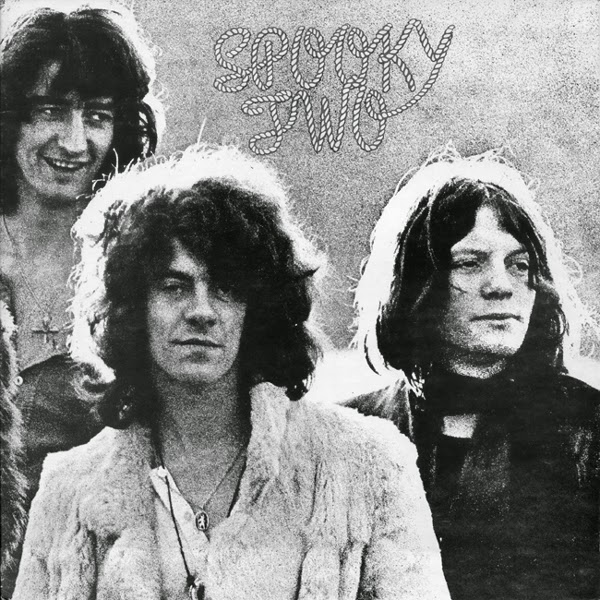 Maybe this is their most known and popular album. For years this album was their only available album with all their other albums being out of print in the U.S and U.K. in the LP and CD formats. And I think that it has some very progressive arrangements, and most of the lyrics are "dark" in meaning and difficult to understand. Most of the songs were composed by Gary Wright, which, apart from being a musician, he has a Psychology degree. So, maybe he wanted the lyrics to have some "intelectual meaning" which is not very apparent for some of the listeners.

"Waiting for the Wind" (composed by Luther Grosvenor, Mike Harrison and Gary Wright) starts with a drums rhythm, and maybe it is one of the more "conventional" rock songs in sound in this album (and also one of the best).

"Feelin´Bad" (by Mike Kellie and Gary Wright) is a "dark" song but good anyway.

"I've Got Enough Heartaches " (also by Kellie and Wright) has female backing vocals and also a piano part which Steve Winwood played, as he says in his official website. It is also a good song with some psychedelic influences.

"Evil Woman" (composed by someone called Weiss) is a heavy song with a very good lead guitar and some influences from Blues music. A very intense song.

The next songs were originally on the Side Two of the L.P. and all were composed by Wright alone:

"Lost in my Dream": wiith also some psychedelic influences and strange lyrics which seem to narrate a nightmare instead of a peaceful dream. It has very good drums and dramatic vocals, and also very good backing vocals. It is a dramatic song in content and in playing.

"That was Only Yesterday": maybe the best song in this album and maybe one of their more popular songs, it was recorded again by the band (without Wright) in 1999 for their album called "Cross Purposes" (an album which I have not listened yet). This original version has some harmonica playing.

"Better by You, Better Than Me " is another dramatic song, played with a lot of energy and also with very good drums by Kellie. This song was recorded years later by the band Judas Priest (but I have not listened to their version yet),

The album is finished with the song called "Hangman Hang my Shell on a Tree", which has strange lyrics but it is played with a lot of energy, and it also has some wind instruments played in the background.

Wright and Harrison were the lead singers in this band, but it is difficult to me to known which songs are sung by each of them. After this 1969 album was recorded Greg Ridley left the band to form Humble Pie with Steve Marriott, Jerry Shirley and Peter Frampton. He died some years ago.The most recent line-up of this band (in this century) has Harrison, Wright and Kellie plus some backing musicians.

I first listened to this album in the English L.P. version which had a gatefold cover, in 1973. In late 1980 I bought the U.S, version which didn´t have a gatefold cover. The original U.K. front cover was printed in at least six different colour tonalities, one of which is shown in this page.