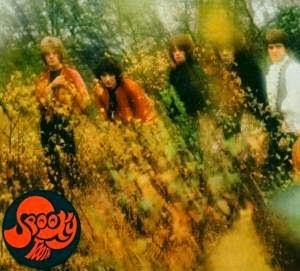 The band formed in 1967 from an offshoot of three other bands, The Ramrods,Art and the VIP's. In fact Art released one album called Supernatural Fairy Tales before Gary Wright joined the band where subsequent releases were under the Spooky Tooth name. The band were unique at the same where their sound comprised of both organ and piano which lent an important flavour to early progressive instrumentation with also a strong Blues feel. Other artists like Hannsson/Hakansson and The Band were of similar sounds but with different musical directions.

The line up of Spooky Tooth varied over the years but the main members were Mike Harrison on keyboards and vocals, the late Greg Ridley - Bass guitar/vocals, Gary Wright - Organ/vocals, Mike Kellie - Drums and Luke Grosvenor -guitar/vocals.
This first album by Spooky Tooth shows the band in a more Pop Rock and Psychedelic style, with all members of the band playing very well their instruments, and with very good lead and backing vocals by Mike Harrison and Gary Wright. Sometimes these vocals sound a bir "dramatic" in some songs, and they also use the harpsichord in some songs, an instrument which I think it was not very often used in bands of the sixties. Sometimes the music becomes heavier, but I can say that most songs are a bit more Pop Rock than in the next album titled "Spooky Two", which in my opinion is heavier and more "dark" and in general much better than this first album. Their first album really sounds a bit dated in sound, and the recording and mixing are good but showing the passing of time. I can say the same about the cover design. "Spooky Two" is a much better album than this and for this reason is more remembered and considered as their best album, I think. For collectors and fans only.