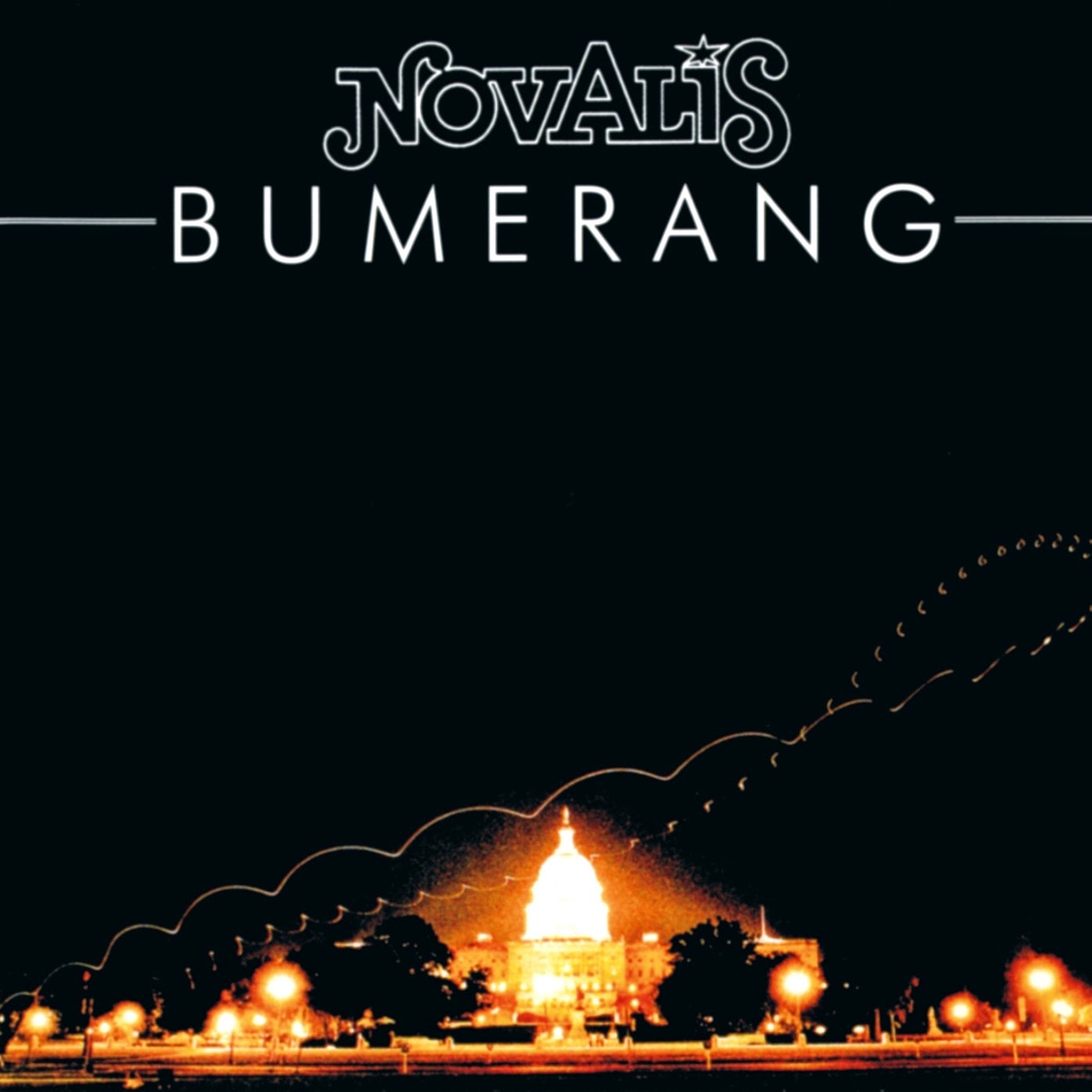 
By the time it came around in 1984, Novalis had constantly been refining and essentially removing the more interesting elements of their music. Here we're left with a stylish but somewhat bland fancy pop band very much influenced by much better prog/pop artists like Roxy Music, Queen and Genesis, and especially solo Phil Collins with plenty of awful bashing booming 80's drums.

Let's get one thing out of the way - this album could not be further away from the classic double of `Novalis' and `Sommerabend', but that doesn't mean it's completely useless. `Bumerang' is comprised of sophisticated 80's adult pop, three instrumental pieces (don't get too excited though, prog fans) and a couple of truly cheesy and wretched duds. The album has a super polished production, and it's well played with driving guitar work, upfront bass playing and forceful if basic drumming, while the keyboards/synths are used very sparingly. Vocalist Fred Muhlbock adopts a deep Bryan Ferry romantic croon which you'll either love or hate. To be honest, even on their earlier more progressive albums, I've always found him to be a wildly inconsistent vocalist.

Side A's `Nimme Meine Hand's has somber and eerie synths over the top of solo Phil Collins-style plastic programmed percussion. Drifting lonely sax, Fred's Bryan Ferry-like dark croon and eventually a massive stomping 80's drum beat kicks in and brings the piece comes to life. `Seitz Dich Zu Mir' sounds like a cross between The Police and Roxy Music with aggressive and super thick leaping bass and a dancing drumbeat. `Spazieren Im Morgan' is a placid ballad with a lovely lead vocal and pleasant flute solos - probably one of the better tracks. `Torero Der Nacht' has strange and bent spacey keyboards over more Roxy-influenced vocal beckoning. Sounds like something off their `Flesh and Blood' album.

Side B's title track `Bumerang' frequently gets your hopes up. The piece alternates between eerie synths and cold electronic sections that build a floating and mysterious atmosphere, while being obliterated by Bryan Ferry, oh, I mean Fred's come-hither yearning and more plodding drumwork. Probably one of the better pieces on the album that really had some potential. `Horoskop' is a boppy and bouncy cheesy dance number with an admittedly catchy pop chorus, but it's still vile and far too cheery. Only the oddly heavy and aggressive guitar playing and some sprightly bass moments keep it bearable...sort of. At least the band wraps the album with the more downbeat `Talisman'. Nice murmuring bass, glistening synths and a somber vocal. It's stylish pop for grown ups and actually displays a little bit of subtlety. More of this and the title track, and we could have had a much more satisfying album overall.

As for the three instrumental pieces, they're mostly insipid and vapid vocal-free rock with no real purpose. Not unlistenable, just completely shallow and empty, if kind of bearable. `Ubert Stock Und Stein' has a soaring but repetitive guitar line wailing over a horrid plastic drumbeat and handclap percussion, Alan Parsons Project style synth washes and chiming guitar. There's impossibly loud and echoing `In The Air Tonight' booming drum-solos throughout the second half too. `Wien' has disco-like funky guitar over wailing solos and more lifeless drumming. Much of `Expresso' sounds like an instrumental version of Queen's `Radio GaGa', but once again Detlef Job's confident and forceful guitar work gives the tracks a bit of taste.

I've always found it fascinating when prog bands try to attempt a balance between progressive inventiveness and commercial appeal. I didn't look on this album as an easy target for a 1 or 2 star rating, I really wanted to approach it fairly and consider it's strengths and weaknesses here. However, It's only fair to mark the album down for having far more pop elements than prog ones, and after all, this is a progressive rock website!

While `Bumerang' is far from a jewel in the Novalis discography, it's still a pleasant if undemanding sophisticated pop album with some tasteful arrangements, especially among the two or three darker pieces. You can still hear the talent of the musicians, even if what they're playing isn't overly involving or complex. It's nothing mind-blowing, but not bad for a pleasant background listen if you can forgive the 80's pop trappings and questionable trends present.