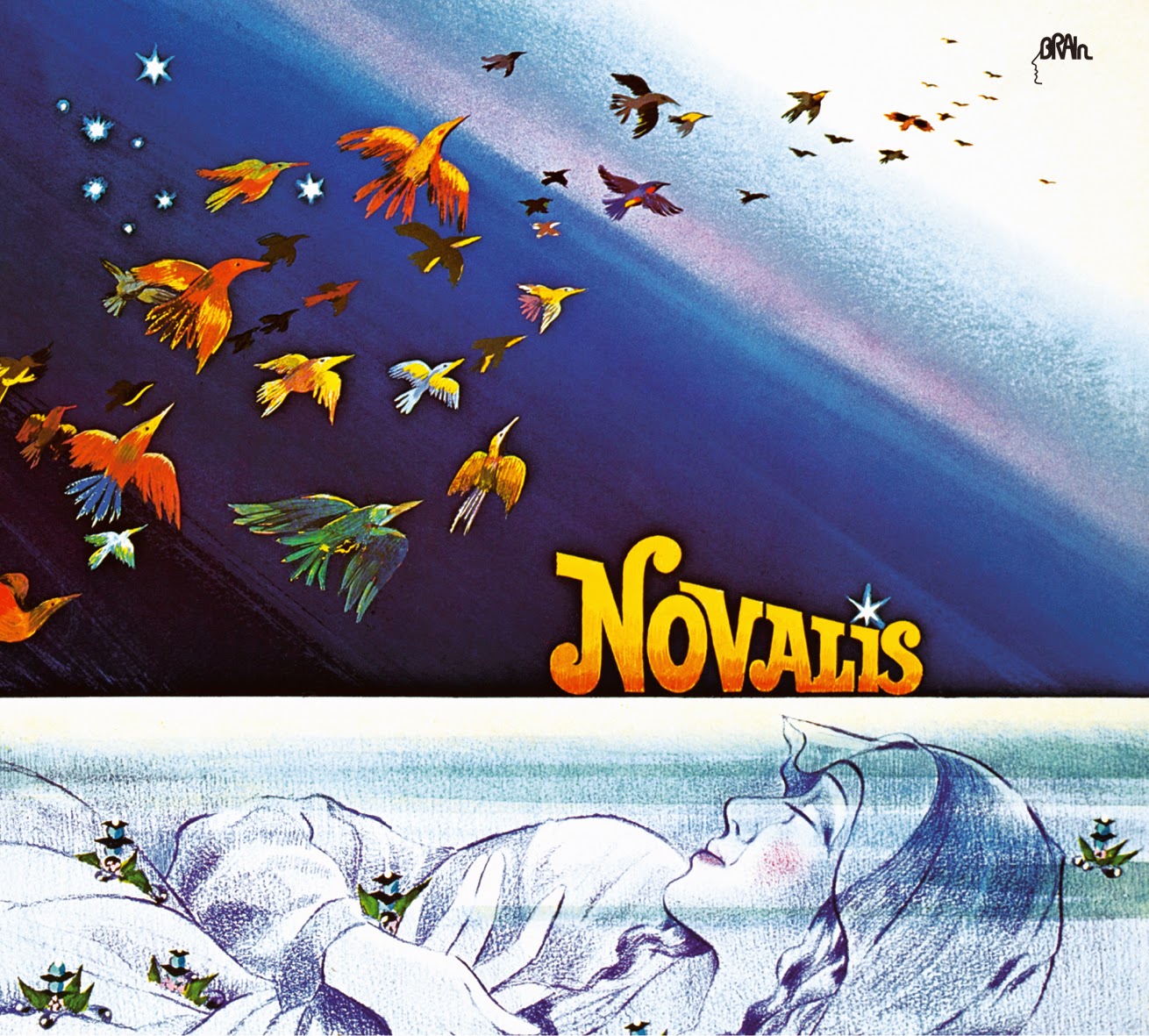 
Novalis's second album is a good example of mid to late 70's German symphonic rock , although the album is also verging on the hard rock line as many of their peers did also. I am thinking of Birth Control, Jane on one side Eloy , Grobschnitt on the other. Novalis , unlike many bands, did not become professionals until 1978 (they had five albums done already) as they became really more and more popular with each new album but also as each one of those became increasingly commercial and less progressive - they say so themselves.

Three main changes between this self-titled album and their debut Banished Bridge: first the text/lyrics are in German , the producer is Achim Reichel (Embryo) and there is a very welcome guitar presence in the term of not one but two guitartist present here, most notably Karges (ex-Tomorrow's Gift and Future Nena"Luftballon"). Karges is especially an excellent addition as he will write exactly 50% of the tracks on this album and KB man Rahn the other 50%. The sound is still heavily KB rooted with the good old Hammond but also moogs , clavinets and all. However, the guitars bring in an equilibrium lacking on their debut and by now they sound a bit like the Deep Purple we all love but much more progressive than the Mk II line-up.

The 9 min+ pièce de resistance of side 1 is simply excellent with many twists and turns sprinkled with Wagnerian touches (well they are Germans , right) , but wait till you get to side 2 with the Anton Bruckner derived themed Impressionen and the last track with lyrics from romantic poet Karl Friedrich "Novalis" von Hardenberg and superb interplaying between Karges , Rahn and Job. With the latest re-issue , comes a bonus live track of Impressionen, a bit different than the studio and not interferring with the playing of the album.

After this album , Karges will leave , leaving Novalis to do a few more albums (less succesful artistically-wise IMHO, but I am in a minority) . This album is their pinnacle and shows best what theydid best , a sort of hard-prog so much in vogue in Germany during those years.