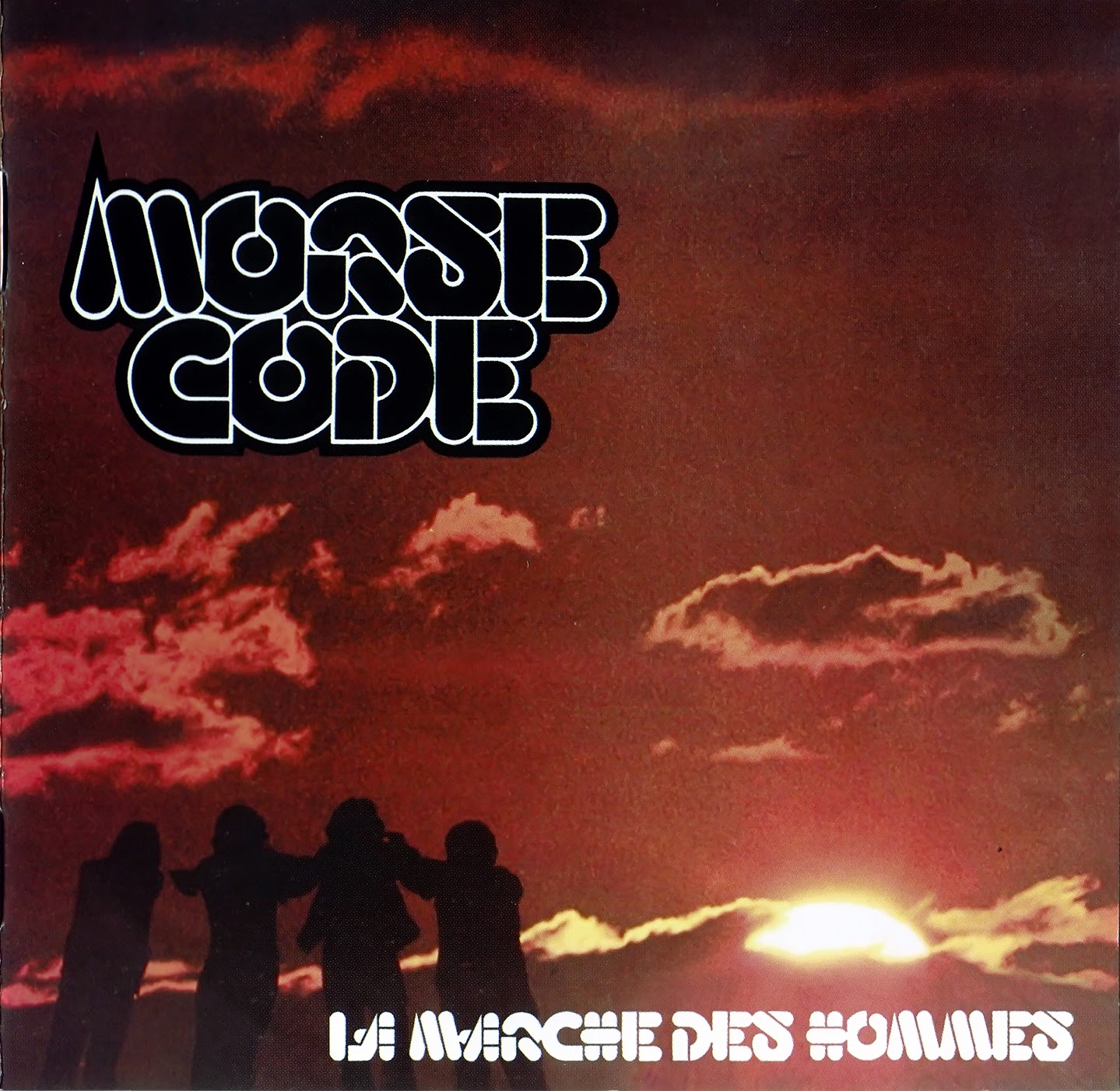 This group became one of the first full-out rock outfit in La Belle Province, under the name Morse Code Transmission, developing a naïve English-sung psychedelic rock over their first two albums. While none of those two albums will ever graces the top 20, of Psych rock lists, they were indeed charming but flawed, both are indeed worth a listen, but maybe not to spend the small fortunes the vinyls are fetching, nowadays, none of these having received a CD re-issue, yet! Hint, hint, Sean & Stephen!!!!

As Morse Code Transmission disintegrated, like the psychedelic caterpillar metamorphosing into the progressive butterfly, the group reformed and came into full maturity with this highly regarded album. As the Quebec scene was now reaching its golden hour, so did MC, and their brand of symphonic rock sung in French (as was the case with Harmonium, and later Pollen, Opus-5 and a few more) became in instant hit with the local population. But this was also very limited to their province, as English Canada will stay oblivious to MC.

Down to a quartet (the standard prog quartet) with Keyboardist Christian Simard as chief composer of the music but getting the help of outsider Chantal Dusseault for all of the lyrics, they developed a rather classic symphonic influenced rock in the range of Pollen, Atoll, Ange and a few more. This album, like the following Pro-creation, is a concept one, and is deeply rooted in the progress of mankind. Excellent lyrics and often excellent music, this was part of the classic Quebec albums from the second half of the 70's.

Although Simard is clearly the leader of the group, it is clear that the better tracks are the one written collectively by the group: from the awesome 11-min+ title track, to the hectic Cérémonie De Minuit, to the thoughtful "Qu'est-ce que tu as compris?" and the great lively instrumental Cocktail, the group smokes, blazes, cruises through your mind as a red-hot iron, with their excellent multi-layered vocals and the overall impeccable musicianship. The only weaker tracks being the Simard-only Pays D'Or and the two short tracks Goutte De Pluie and Problème (both sung with a vocal delivery sometimes reminiscent of " Le Grand Jacques" Brel), but hardly anything really bothersome.

The ProgQuebec re-issued (and remastered) version comes with two bonus tracks, none of which are obligatory, on the contrary. The disco remix of the instrumental Cocktail and the single version Compris, being both forgetful and best forgotten.

The first of a run of three classic albums, La Marche Des Hommes is of course more hinted at French speakers, but the singing is relatively accent-less and the lyrics easily understandable, therefore this is well recommended to others progheads also.