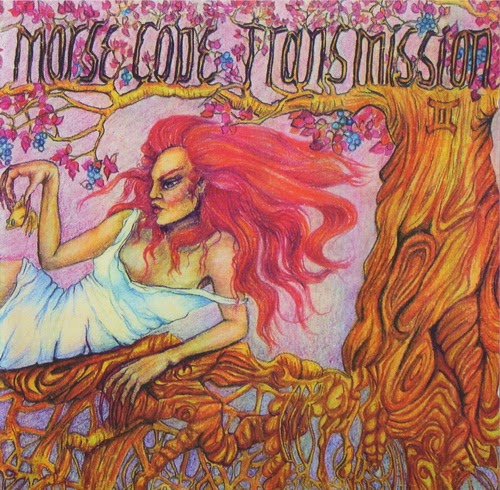 MCT's second album was a double album even if its duration was about the same a Genesis or Tangerine Dream single album. Often carelessly brushed aside by progheads as psychedelia, this second album is certainly very prog in most parts, but it's relatively uneven as there are almost embarrassing 60's-sounding amateur psych rock as well. The usual prog quartet dishes out some excellent organ-driven hard psych prog-rock.

With the first disc totalling 25 minutes, there are only two tracks per side, both well vbelow the quarter hour duration. But the 8-mins+ Funky Alley is an excellent uplifting track filled with communicative energy and Simard's English vocals sound a bit like Irish Coffee's singer. The track easily glides on its own molten lava cushion and there is plenty of time for guitar and organ solos and slight cosmic noises. The short Soul Odyssey is an upbeat track with an excellent middle section, but it remains pop, but if all pop was like that.. On the flipside Graveyard Of Man is another exciting prog tune with constant time sigs changes and a catchy hook. A bass burp, another and Stick The Fork In and its 8-mins+ will rock your socks off, even if the tempo is a bit too straightforward. The fadeout is unbelievably wrong and long, with the organ dying in death throes

The second disc is barely longer even though it starts on the album longest Liberty, freedom Man with an interesting middle section, but recorded too low, but otherwise, exciting stuff. However from the remainder of the album, there isn't much to be happy: beit Cold Society or the embarrassing New Kind Woman, both are 60's pop. And while Sky Ride is a neat Art Rock tune with naïve but enthralling enthusiasm, Satan's Song was actually extracted from the album as a single, but wasn't that good.

Forget all pre-conceived ideas you've heard about the group's first phase, these guys play a fairly exciting organ-driven hard rock that is not too far removed from Atomic Rooster (not as heavy) or Frumpy. Different, the MCT albums? Certainly! But certainly not inferior either. At least their second album was.