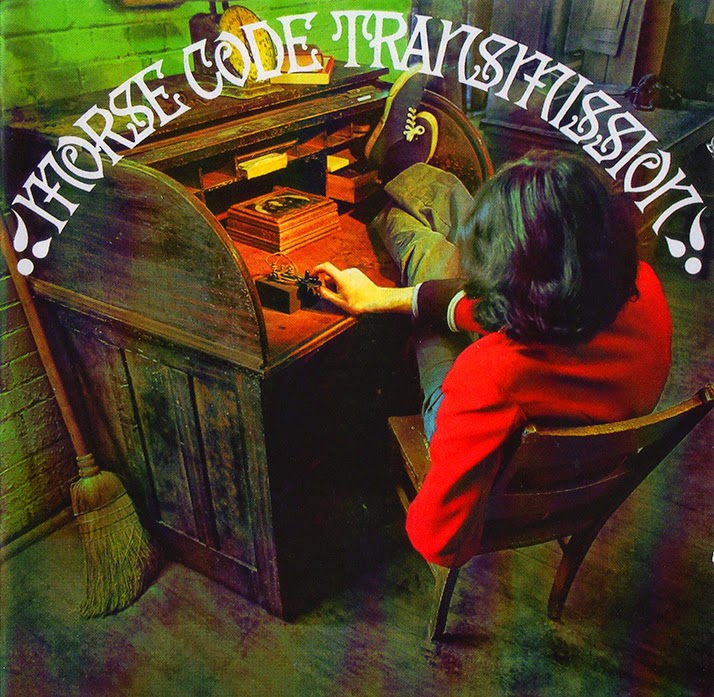 As with much of Quebec's early rock wave, Morse Code Transmission sang in English, despite many of the other local group finally daring French. Of course MCT would evolve into MC, by losing the Transmission part of their name, but it will get its best moments by switching to French singing with their classic Marche Des Hommes and Procreation albums. But this group started out as a rather correct psych/prog group back in 70. The classic line-up was already together, but we're a long way from the prog epics of the mid- 70's. Indeed behind the Western movie decorum of the sleeve, we have a dozen tracks, none over the 4-mins mark and only two over 3 minutes, which obviously will not allow much room to explore the themes. Well don't be too disappointed, you can already hear that these guys have a little "je-ne-sais-quoi" that will make them happen later on, but you'll have to be lenient on the English lyrics and singing, even if not catastrophic, but definitely clumsy at times.

Well the album is melting pot of rather interesting psych rock tracks, some boring folkish jigs, some tedious over-arranged ballads, but thankfully the first kind outweighs the other two. Indeed, one can detect in both Souvenirs and It's Never Easy many hints of a future group, particularly on the latter (and album-longest) of the two tracks, where one could think of early cross-town rivals Mahogany Rush. Unfortunately the album is also plagued by over- arranged ballad (not totally devoid of interest, though) like Time and Friend, but usually these are the shorter tracks. I wish there was a way to carve a skip through the next Hunting jig, which stands out like a sore thumb, especially when it melts into over-arranged pop song. Oh Lord features some fine bass and interesting drumming too.

Some of their over-produced tracks can sound like The Moody Blues, as does the string- laden Story Book Life. One of the better tracks is the excellent Fire Sign, with an excellent bass line and inspired Hammond, but it is followed by the equally enthralling Freedom Train, a typical psych track of the times. After the Beatle-esque I'm alive, the album veers almost burlesque with Alive and One To One (interesting horn section interventions, though) and ends is a priggish manner as Two Friends echoes the solo piano The Friend, by adding an excellent cello to justify its title.

Despite the 12 tracks, the album is quite short (thankfully will add some naysayers), a change from their double disc second album (although the individual sides are not really more filled with music) and whatever traces of future excellence at their respective instrument, it will take a giant leap in the second album. But this debut, despite its obvious flaws, is worth a listen