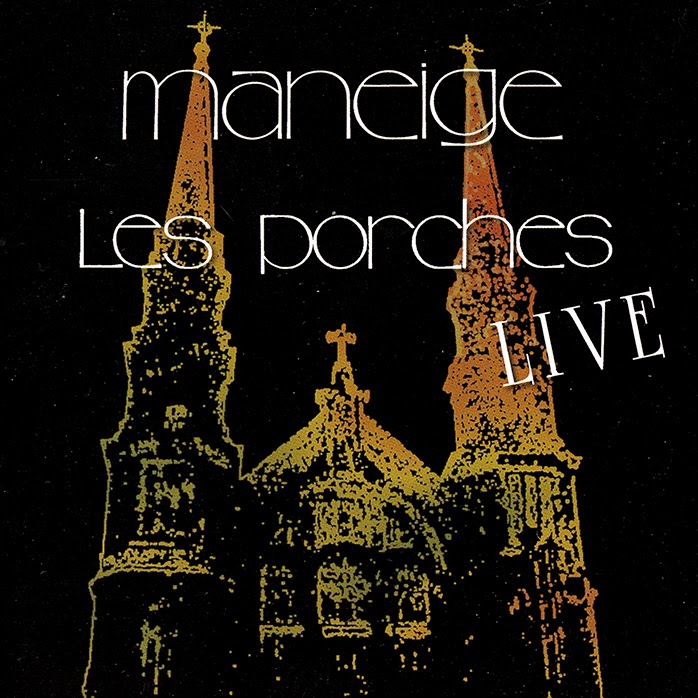 Wow, After having been so long out of CD offerings Maneige is quite Quebec's newer attraction with a second posthumous live album, making it the fourth in their career. After 78's Composite (mostly then-new tracks) and 98's Live 74-75 album on Fonodisc featuring pre-debut album live recordings (ant two never-available-before tracks) and last year's "live à l'éveché" (which took the entire 98 recordings and added more tracks with some yet unreleased-before tracks) OprogQuebec is unleashing this superb release with yet another unreleased track!!

While negotiations are stalled with the Harvest label for Maneige's first two studio albums to receive their first Cd re-issue, most fans can now have their appetite soothed as most of the first two albums are now available in a live form or another. This is now certainly the case for their second Les Porches (as the title suggest) but most of their debut album is now also presented live on ProgQuebec's two releases. While the Saxinette's adventures are excellently played and most of Les Porches' album is faithfully played, My attention is carried to the yet-unavailable 15-min+ Chou-Fleur track which appears to be a combination of improvs on themes (some of which are well-known) and while not always flawless, this track is certainly a highlight of this release almost worth the price of admission. This album is divided into two sets andwhile the first one ends on Galerie III (from their debut), the second set starts on the funky Chromo, but the highlight of this set is the 17-min+ Porches De Notre Dame, where Lappierre's guitar solo is a bit unusual (for Maneige, that is) but hardly unwelcome. With such performances, no surprises they blew Ekseption repeatedly off the stage. Closing on the calmer Jean-Jacques, this posthumous live release is even better than the Eveché tapes and a real must if you do not know their second album.