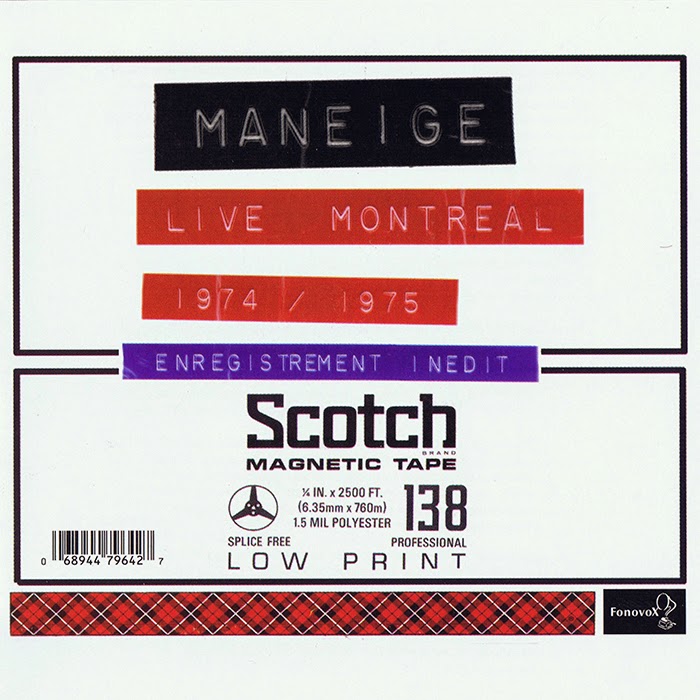 This album got released in 98 but the actual live recordings took place before the release of their debut and also between that one and Les Porches. only one track was available elsewhere and that is Le Rafiot on their debut. The real tour de Force is La Balloune (29 min long!!! I guess they had never intended to release this because of its lenght) is simply astounding , stupendous , flabbergasting , horrifyingly beautyful , breathtakingly splendid and is really worth your money alone.With Bergeron and J Langlois flying from one instrument to another , there is not one second on this number that seems unoccupied by virtuosity & creative ( as opposed to sterile ) soloing. No wonder they blew off stage Dutch band Ekseption in that Canadian tour.

As those tapes got uncovered again , they got released into a digipack that reproduces the external cardboard boxes of the studio tapes. Humour , quand tu nous tiens.