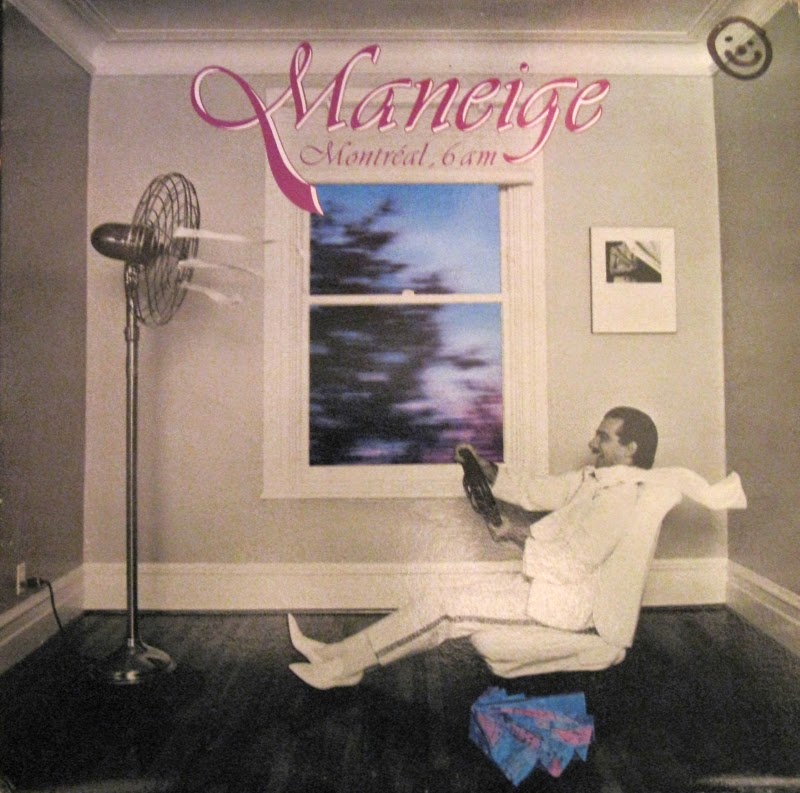 A few changes for Maneige - who had a relatively stable line-up as only original leader Jérome Langlois had left prior to this album and was not replaced - most notably a label change from the international Polydor to the local Trans-Canada , and a change of drummer with Gilles Schetagne having left. Using an old, over a rather weird and ugly artwork, this record was recorded at Quebec's most in-demand Morin Heights studio.

One of the most notable change, is that only one track exceeds 5 minutes (the superb finale), the rest of them being inferior to 4 minutes, the general Maneige spirit is respected, alternating between JR/F and more symphonic rock. Among the highlights one the first side of the album are Où-çà? and Popozoff , which surprises us by its energetic symphonic twist. On the second side, opening on the excellent Invitée De La Nuit, but closing on the very worthy slow-developing finale Cerveau Lent is definitely the high point of the album.

Still quite a worthy (almost classic) Maneige album, this album should one day see a Cd re- issue as well as the poorer follow-up Images. But you should nothave much trouble finding the album on vinyl for a reasonable price. However, importing it from Canada through the post ... comes cheaper to get it yourself and bring it back in your luggage. Still definitely worth the investigation, the investment and the regular spin on your turntable.