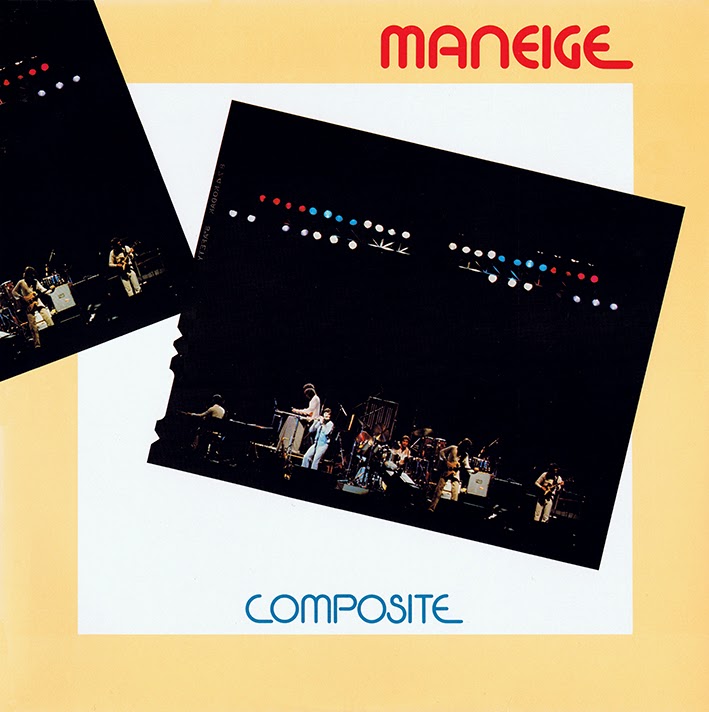 An aptly-titled album being recorded live, but presenting a vast majority of new material, this was the only live recording of Maneige available until the late 90's. Luckily since then, there have been three records of early Maneige released, because from this album, we would not be able to see just how excellent a live band they were. Not that this album is bad, far from it, but it might just be a bit unrepresentative of them. Just as the cover artwork might have you, some of the typical Maneige spirit is not as much present as before.

The album is off to a slow start (the title hints at it) and much of the second track is taken by a drum solo (evolving in a duo with percussionist Picard). Then comes one absolutely superb moment: Toujours Trop Tard which is just as fantastic as on the Libre Service album. While CanCan has nothing to do with the dance, this does not stop it from being excellent and with that superb percussive intro, it is one of the highlight of the album.

The second side starts with an old live track (but was still unreleased when this album came out) Bullfrog Dance. As the more ancient version is now available, the later version (the one on Composite) is definitely calmer, but still retains vitality. Most fans will relish Douce Amère (from NV,NN) while the final track goes relatively smoothly but fails to enthuse for a replay of the album.

Apparently, this record will not be re-issued in CD as the tracks have issued as bonus tracks on the two albums (NV,NN and LS-SS) that ProgQuebec has recently re-issued. Real fans should still want this album, and the vinyl come about still quite cheap. This was however the start of the downfall for the group as it was the last on the Polydor/Polygram major label and they would have to find space in local labels