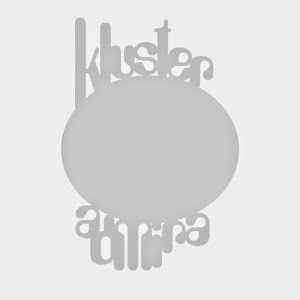 Apparently a live album of the Kluster group from the same year that the K became a C, when Moebius and Roedelius decided to keep the group's name (albeit slightly changed), once Schnitzler left the band in May 71. Sooooo what to do with this posthumous release, claiming to be live from that very same year, but having Schnitzler, but not Moebius and Roedelius, unless the last two are included in the "And Friends"? According to Asbjornssen, Kluster's last concert was in May 71 in Gottingen,, but I don't explain the line-up that doesn't mention Dieter and Hans. All I can say it that sonically speaking, this is certainly a real "K"luster album, going as far, if not even further than even Faust dared to. 12 tracks (ranging from 1 to 8 minutes) without names, with only one or two that have a structure or some kind of repeating pattern that can be either seen as rhythm or thread, Admira is certainly a weird disc, but by no means stranger than the Kluster preceding it or the Cluster following it. Often nightmarish, sometimes hypnotic, never melodic, always surprising, these tracks lead you from total insanity to complete madness without you even realizing it in just over one hour, but somehow the album manages to stand on its own and completes its quest for its grail without even battling it out, since its implacable logic leaves no room for discussion. Definitely a mus