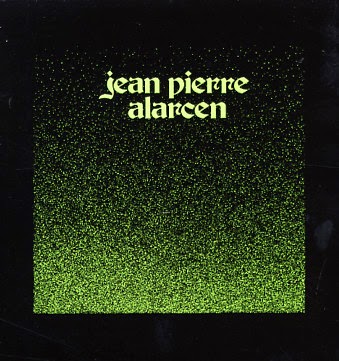 Guitarist Jean-Pierre Alarcen was recognised as a talented session musician in the 60's. The first LP he contributed to was 1966's "Les Guitares du Dimanche". Around that time, he worked with well-known French artists such as the pop-singer Jacques Dutronc and also with LE SYSTEME CRAPOUTCHIK. Following the advice of a small label's artistic director, drummer Michel Jullien, keyboardist Henri Garella, and bassist Christian Clairefond contacted Alarcen. They, as EDEN ROSE, went on to release a bluesy progressive rock influenced LP called "On the Way to Eden" in 1970. Unfortunately, problems arose and the band soon disbanded. Fortunately, they soon reformed under a new name, SANDROSE, in 1971, where they made a larger impression on progressive rock. The single (well 'double-single' "Old Dom is dead" and "Vision" was successful. They were joined by vocalist Rose Podwojny for their self-titled 1972 studio album, but it would be the last. Although SANDROSE only released one studio album, it is acclaimed by many as a very significant album of French "symphonic" progressive rock.

Following SANDROSE, Jean-Pierre Alarcen worked with many respected French musicians and composers such as Bernard Lubat, and Michel Zacha with NOVA (a bossa nova latin style jazz group). He also worked on a French recording of the musical HAIR.

In 1978 Alarcen released his first "solo" album. He worked again with Michel Zacha. Didier Lockwood's brother Francis was part of the line-up, as was Jean-Paul Asseline who had been with Magma, and others. It is a predominantly jazz-rock album with Zeuhlish elements (ZAO-like in "Nationale" and a touch of Magma in "Salut Besson"), funk, blues, ambient, Latin American musical stylings in "Sambala" most ovbiviously (Santana is an influence and Alarcen worked with Zacha again. there's also Chick Corea stylings). In "Mon amour, mon amour" and "Vieux garcon", western art styled music (i.e. so-called "classical" style music) comes to the fore. The classical-styled pieces are a precursor of things to come.

In 1979, he released his next album, "Tableau No. 1". This work in three movements has more ambient (somewhat The ENIDish) and symphy qualities, but also has jazz and Zeuhlish elements. It's more in the romantic "classical" (to mix my eras in a poor turn of phrase) with melodic rock styled camp than before, but with dramatic contrast. Soft ambient music turns into jazzy guitar driven rock. Allan Holdsworth springs to mind as a possible influence on his guitar work here, as well as McLaughlin. The third movement in particular has exciting funky bass guitar-driven work. It ends with music that rather reminds me of Toto's "Dune" soundtrack.

Alarcen went back to session musician work (working well well-known artists), and it wouldn't be until 1998 that he would release his next album -- "Tableau No. 1's" follow-up "Tableau Non. 2" (or as I like to call it, Tableau 2: The Revenge of the Tableau." With this release he went more into the academic "symph" music side. It is aptly named, because he paints quite a picture on his musical canvas. It is in turns dark and brooding, or ethereal and ephemeral. Like with his other forays into more formal academic music, keyboards take the place of a symphony, and here the guitar takes on classical music overtones.

An amazing guitarist/composer from France,JEAN PIERRE ALARCEN started his journey in the world of music,recording an album with ''Les guitares du dimanche'' in 1968,before forming ''Eden Rose'' and playing on their only album ''On the way to Eden'' from 1969,one of the earliest psych/prog albums coming from France.His next stop would be the excellent ''Sandrose'' (formed out of the ashes of his previous band) in 1971,with whom he released a self-titled LP the next year,considered by many as one of French progressive rock's milestones. ''Sandrose'' would soon disband and ALARCEN finds himselfs collaborating with many French musicians,before finally returning back with a personal album in 1978 on Esgarcot Label.

The talent of ALARCEN is evident in this album,which is actually a prog rock release with a clear jazzy/fusion tendency, paused in moments by classical parts.The opener ''Sambaba'' is a nice intoduction with fine guitar work,dominating percussions and beautiful electric piano,while the follower ''Salut besson'' continues exactly in the same vein.''Mon amour'' is a great and pure classical arrangement,almost entirely based on strings with an ethereal and romantic atmosphere.''Nationale 20'' comes next and this one is a relaxed piece of jazzy prog with fine keys and electric piano,creating an obscure atmosphere and depressive feeling.In ''Soir'' the mood dosen't change at all,this is a slow track with bluesy guitars and even some moog synth solos.ALARCEN decides to close his album with another classical arrangement entitled ''Vieux Garcon'',again based on a grandiose string orchestra but with a darker and more depressive sound.The diversity,varied influences and flexibility of JEAN-PIERRE ALARCEN's music acknowledge are all taped on this album,which shows why he was a significant part of the rise of French progressive rock.The tradition of his intricate musical ideas goes on with his eponymous debut,which is a highly recommended one.Approach at any cost!