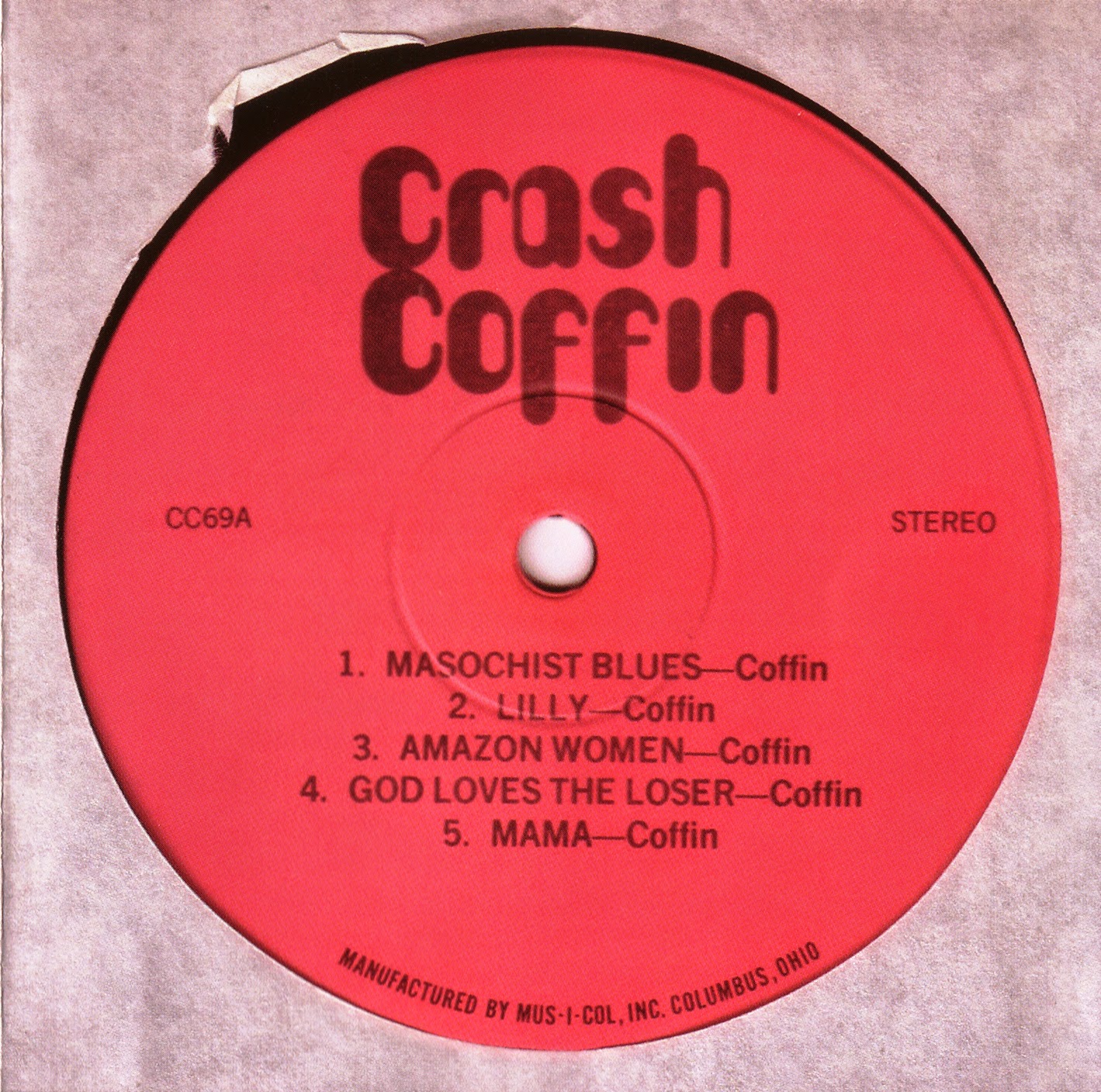 
The self-titled debut album by this Ohio based songwriter was released privately on the Mus-i-Col label in 1970 backed by a full band.

All copies that exist have unique sleeves made by Crash himself. The actual finished sleeves he claimed were destroyed by fire, but he likes a tale to tell!

Truth is, the cost of producing finished sleeves proved to be too expensive! Reviews claim the music to be rural acid psychedelia.

It's easy to hear how much he admires Elvis. Several of the songs, particularly the tender ballad 'Lilly,' show the King is an influence, but there's also Dylan too, with his humorous take on the issues of the time.

Women's Liberation, space travel, and religion all get the 'Crash' treatment, with the confident support of rock 'n'roll, blues, country and jug band styles.

Each of the ten tracks exhibit a fine grasp of song craft, are very musical, and certainly entertaining listening. The man himself remains an enigma."

Crash Coffin is a fellow from Ohio who put together a band and recorded ten of his songs on a local label back in 1970.

Crash had a good grasp on singing, storytelling and songwriting as well as a working knowledge of various musical genres.

This CD contains "Masochist Blues" and "the Looney Polka" as well as eight others that are not as readily pegged as belonging to a particular musical style.

One song, "Freedom Cake," could have given the Lovin' Spoonful some serious competition in the jug band pop field.

Crash had a strong and smooth voice with plenty of Elvis that crept in around the edges.

This is actually a pretty good record that I've gone back to more than once.

I especially like the closing track, a rambling folk pop ditty about Jesus stealing his "Blue Kazoo."

Mr. Coffin did individual artwork for the covers of the few copies of the LP that actually made it into the hands of the public because he couldn't afford to have the covers printed.

It's a shame because this could have been a popular record with a little support from a label.