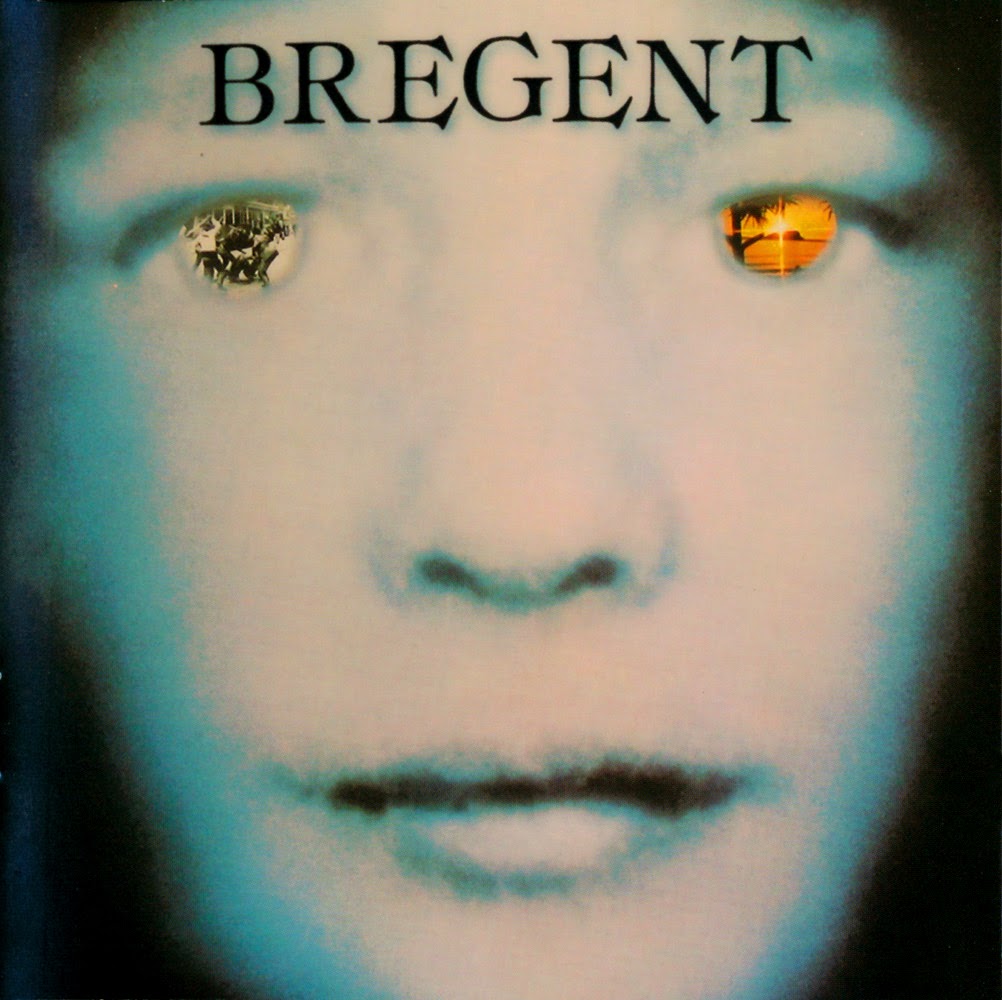 
After the demise of the brilliant DIONNE-BREGENT duo, Michel-Georges Brégent reformed with his brother Jacques their eponymous group and issued their second album, which was based on the same principle, the interpretation of poems/lyrics and the adaptation to music. The group assembled for the recording includes Vincent Dionne (but he will not tour) and Lasting Weep's bassist Claude Chapleau, but they will not have the double sax attack of their debut. Actually most of these tracks were written prior to the formation of DIONNE-BREGENT, but they were never recorded before 78 for this album. Graced with an intriguing face/eye artwork, the music is much rocker, but presents the same kind of adventurous forays into avant-garde music that Poussière Des Regrets.

After the horrible adaptation of Ferré's play on word of Rococo (including the communist allusion of "coco"), it is clear that they were much less inspired (this is the only track where the music is signed/adapted by Jacques, instead of Michel-Georges) than with Dieu Est Nègre on their debut album; but they quickly make up for it by the superb adaptation of Leclerc's Mes Longs Voyages, where they show the best of themselves. Indeed over the almost 10 minutes, Brégent will develop a stupendous spectrum of ambiances, dark, angst-filled improvs bordering free jazz. There will be another three Leclerc-inspired tracks, including lugubrious and gloomy Les Mouillures (the wettings), En Muet (in mute) on a cool jazz guitar, and much later in the album, the short Qu'Ont Vus Tes Yeux? (what saw your eyes) with its folk theme turning into a nightmarish circus music. Thopughout the album, the musicians are regularly at the forefront, amongst which Dionne's percussions and Chapleau's excellent bass playing, but also Brégent's Orchestron (a modern version of the mellotron I gather) and guitarist Monpetit's rare flute.

The up-tempo but tense Charles Trenet-inspired (of all people) La Folle Complainte is clearly another highlight, where singer Jacques can really show the wide mood ranges he is capable of, but the whole group jazzes meanly. L'Intersection (coupled with a short Couvre-Feu (curfew) is a stunning full-out 100MPH jazz-rock foraying into avant- prog with some wild female scats, and is yet another nail into your coffin, especially when reaching the martial Couvre-Feu part. Liberté is the only track of the album that was composed expressly for this album and it sticks out a bit: coming with an extended vocal section (often closing on operatic feels), the piece could be coming from a Zappa album, had it the slightest hint of humour. Excellent but not easy. The closing and menacing Sur Le Balcon (on the loggia) with Dionne's vibraphone is yet another highlight.

The ProgQuebec reissue comes with a bonus live recording of the group prior to this album's recording (thus showing that most of these tracks were indeed much anterior to the album's release) in June 77 at UQAM University. Almost all of these tracks will be presented on Pour Partir Ailleurs, which in a bit deceiving, but it is interesting to compare the work-in-progress versions, where Longs Voyages and Intersection are the best, but cannot compete with the later studio versions. Only a short version of Dieu Est Nègre belongs to the debut album, but fails to show the insanity of the piece that was the cornerstone of the concerts in the first half of the decade. Not really bringing that much of added value, these live tracks (as well as the album per se) will be of interest to those that have a good mastery of French, but it is not absolutely essential, either as the music is stunning enough to be worth the investing price alone.