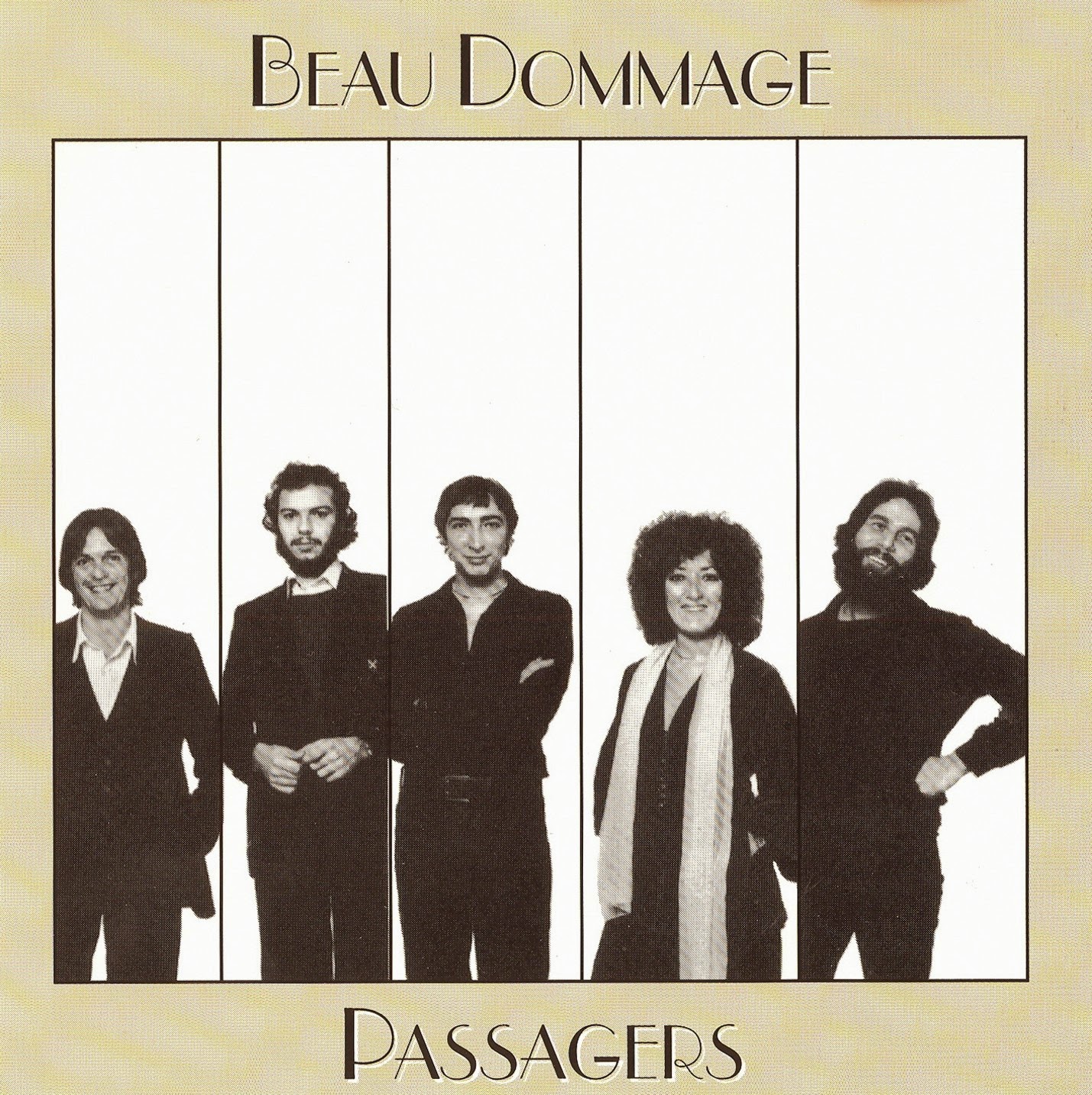 Fourth album from the Quebec (City) quintet, recorded in Sept 77 and released before the end of the year, just before the disco wave was rearing its ugly head and was to swipe the whole of La Belle Province's prog movement, the only group escaping this fate being Mahogany Rush, April Wine (Montreal was their home base) and Offenbach and Beau Dommage on the French-sung rock. Nothing new under the BD sun, except maybe the new faces behind the three front(wo)men; the prog leanings of La Noce being long gone history, no tracks going past the 5 minutes barrier.

Musically-speaking, the group is back at its usual country/folk rock with jazzy clouds here and there, but overall, while rather enjoyable easy-listening semi-AOR (but sung in French by at least two lead singers), this album hasn't aged much because of its universality and its slight French slice of Americana. But this album like its successors is of no interest to progheads, unless he's into the Quebecois rock. Beau Dommage woyuld record until the early 80's before disbanding but reforming in 84 and again a few lore times since, on special occasions and releasing either live, studio or compilations on each reformation, but nothing for progheads.