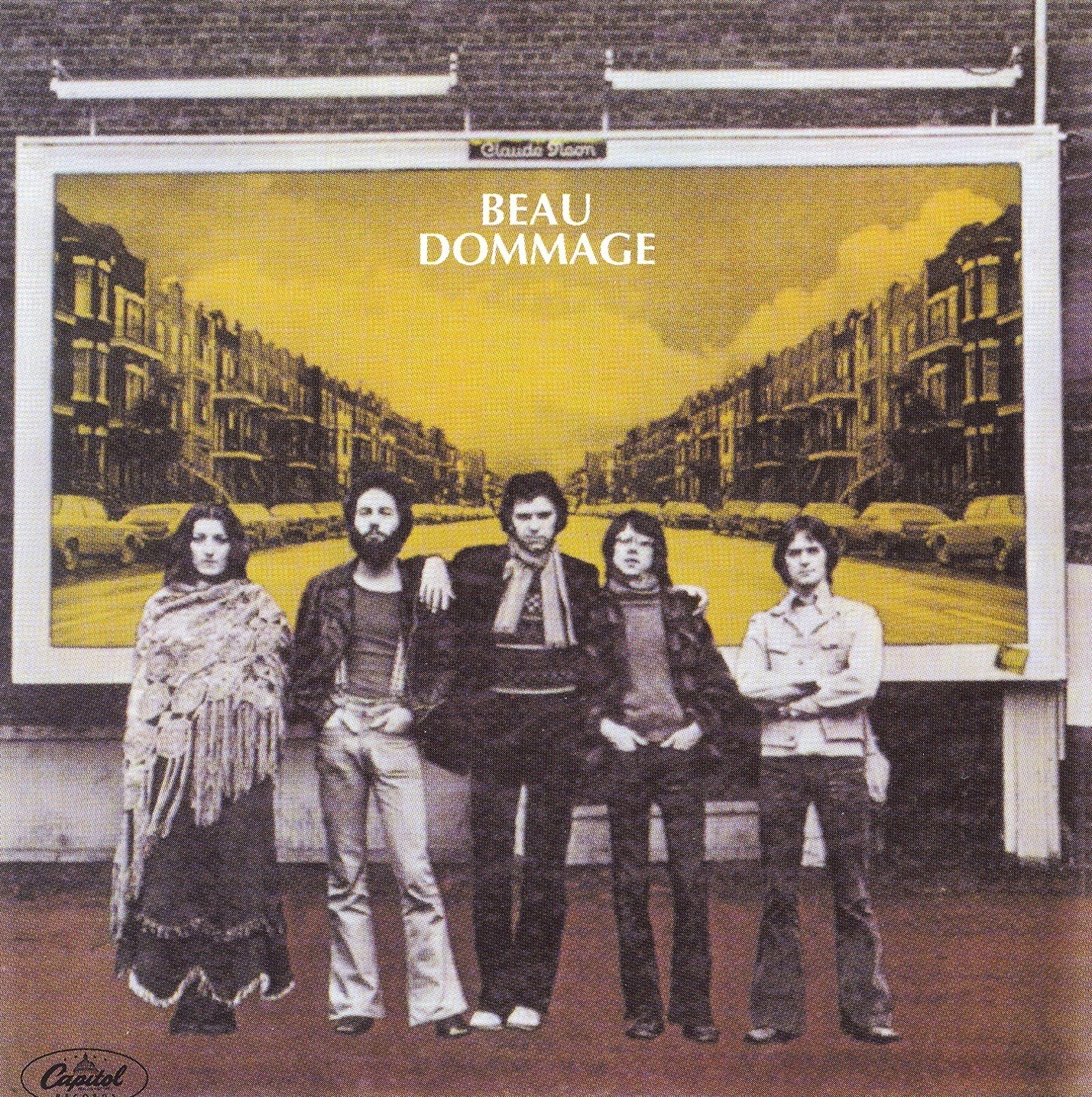 
Beau Dommage. Leading Quebec rock band of the mid-1970s, its name an old Quebec expression meaning 'most certainly' or 'why not'. As early as 1969, Michel Rivard, Pierre Bertrand, and Michel Hinton had formed an amateur group called La famille Casgrain. Following their participation in various productions 1970-3 at the UQAM, Rivard (voice, guitar), Robert Léger (keyboards, flute), and the lyricist Pierre Huet formed Beau Dommage. They were joined by Bertrand (bass guitar), Marie-Michèle Desrosiers (voice, keyboards), and in March 1974, Réal Desrosiers (drums). Though Léger continued to compose for the group he was replaced as a performer by Hinton in 1976.

Beau Dommage made its debut in October 1973 at Luducu (UQAM) and rose quickly to the front rank of Quebec pop groups. Sales in Quebec of the LPs Beau Dommage (1974, Cap ST-70-034) and Où est passée la noce (1975, Cap SKAC-70-037) exceeded those of all other Canadian artists of the mid-1970s. The latter LP (which included the long vocal-instrumental work 'Un Incident à Bois-des-Filion') won the'Jeune Chanson 1976' prize (presented by the secretary of state and culture of France) at the MIDEM trade convention in Cannes. Other Beau Dommage LPs were Un autre jour arrive en ville... (1976, Cap ST-70-048), Passagers (1977, Cap ST-70-055) and the compilation Les Grands Succès de Beau Dommage (Cap SKAO-70-058) released in 1978. It made annual tours of Europe (France, Belgium, Luxembourg, and Switzerland) 1975-8 and performed in the major venues in Quebec and in several cities elsewhere in Canada. With Contraction, Harmonium, and Octobre, Beau Dommage headlined the 1976 St-Jean-Baptiste celebrations (on Mount Royal, Montreal), which attracted some 400,000 people. The group disbanded in 1977, its members undertaking solo careers, but it returned to the stage for mammoth farewell concerts in Quebec City and at the Montreal Forum in October 1984. Beau Dommage's most popular songs include 'La Complainte du phoque en Alaska' which became a classic (released on LP and as a 45, and also recorded by Félix Leclerc), 'Le Blues d'la métropole,' and 'Amène pas ta gang'. The lyrics and music to some of its songs have been published by the Éditions Bonté divine in the folios Beau Dommage Volume I (1976) and Beau Dommage Volume II (1977).

According to Georges-Hébert Germain (La Presse, 20 Sep 1975) each of Beau Dommage's songs 'recreates... a kind of drama. Dramas of loneliness, of boredom, of love and of disillusion'. Bruno Roy, in his Panorama de la chanson au Québec (Montreal 1977), adds: 'There is in its songs a poetic and musical study of adolescence in Montreal's east end... '