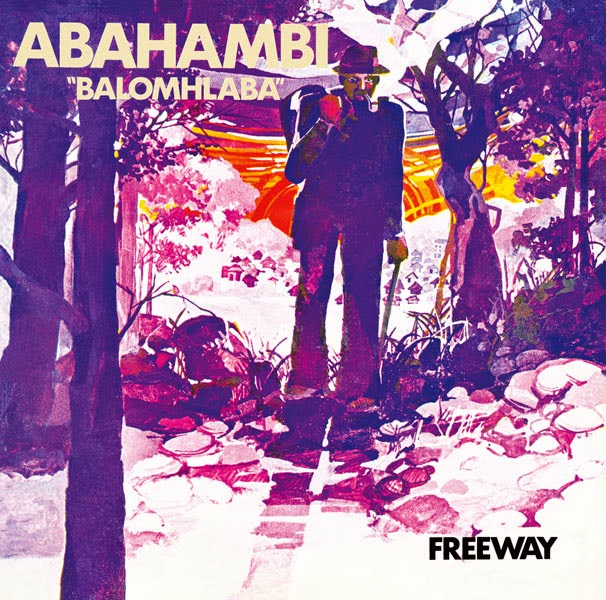 The project Abahambi is a never mentioned band with the very famous bass-player Sipho Gumede, as the band leader. Unfortunately no more recording sessions of this particular formation are known. Sipho's reputation grew higher in the early 80s, while he produced the african Combo „Sakhile“.

SIPHO Gumede was born in Cator Manor, Durban. His earliest musical memory is of playing guitar and penny whistle. The guitar was home made: a 5 gallon tin, wood and fish gut. He and his friends would play the tunes of Spokes Mashiyane, Zakes Nkosi and Lemmy "Special" Mabaso.

At the age of 12, Sipho went to stay on a farm some 30 kms from Umlazi. He was exposed to many different kinds of music - vocal and soulful traditions, the music of weddings and funerals. After school each day, he'd pass the time watching cattle practising on a borrowed guitar. This period was crucial in the formation of Sipho's musical outlook.

Sipho returned to Umlazi at the age of 16 and met the late great jazz guitarist, Cyril Magubane who introduced him to the music of Wes Montgomery and the world of jazz. He also met Dick Khoza and landed his first professional job as a member of the Jazz Revellers, switching from guitar to bass.

In 1970, Sipho headed for Johannesburg, arriving in a strange city he headed for the only place he knew. Dorkay House in Eloff Street. There, he met the great musicians of the time.

He joined Dennis Mphale and Cocky Tlhotlhalemaje in "Isintu" and worked with Dennis' band at the Piano Culo Music Festival. Thereafter, Sipho rejoined Dick khoza who was based at the Pelican Nightclub. The Pelican was a great musical laboratory in the 1970's. On any given night, legendary artists would pop in for a jam or perform as part of the Sunday night cabaret.

Later Sipho joined Gibson Kente and toured the country. He then left Gibson to concentrate on practising and perfecting his technique, upon hearing the music of Stanley Clarke, Airto Moreira, Flora Purim and Chick Corea. He then teamed up with Jabu Nkosi, Barney Rachabane, Duke Makasi, Dennis Mpale and Enoch Mtlelane as the short lived Roots. After the demise of the Roots, Sipho met Bheki Mseleku forming a dynamic and creative partnership which eventually led to the formation of Spirits Rejoice - a group which provided the space to create, which both artists had been looking for.

Spirits Rejoice were an innovative and creative band that explored the many facets of jazz fusion. In 1982, Sipho together with Khaya Mahlangu, decided to explore fusion coupled with the African sounds he had grown up with, and so Sakhile was born. It was here that Sipho was able to merge the divergent musical paths travelled over the years and produce magical songs like 'Mantombi'.

Since then, Sipho has continuously been creating new and challenging music through a series of inspired collaborations. He toured the United States of America, Canada and the Bahamas with Harry Belafonte and Letta Mbulu. Along with Caiphus Semenya, Hugh Masekela, Jonas Gwangwa and Letta Mbuli, he produced the musical show 'Buwa', which told the story of South African music in the context of South African history. The show played in Harare, Zimbabwe and several otherAfrican statets before it closed in Sweden.

1987 saw the rebirth of Sakhile. They toured Switzerland, Italy and the United Kingdom. They also represented South Africa at the 'Meeting of the World' music festival which took place in Finland and the (then) Soviet Union. Sakhile also toured several African states and together with Abigail Kubheka, they played all the major cities in Germany. Later that same year, Sipho performed with Caiphus Semenya, Letta Mbulu and Hugh Masekela at the Montreux Jazz Festival in an African Evening produced by Quincy Jones.

In 1992, his solo album "Thank you for Listening" won an OKTV Award for Best African Fusion Album. In 1995 he was awarded with an achievement award from Johnny Walker Black Label for his outstanding contribution to the South African Music Industry.