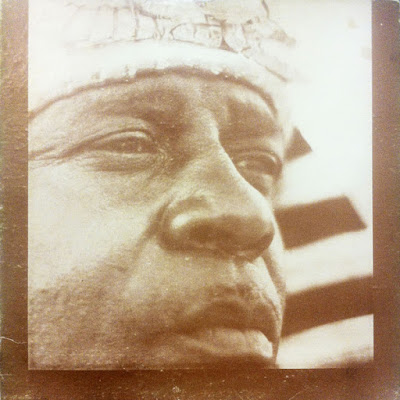 
'Nidhamu' (The Outer Bridge)
In the half-between world
Dwell they the tone-scientists
Sound
Mathematically precise
They speak of many things
The sound-scientists
Architects of planes of discipline.
......Sun Ra (poem on Back Cover)

Tracks A1-A3: Recorded at Ballon Theater, Cairo, Egypt December 17, 1971
Track B: Recorded in the house of Hartmut Geerken, Cairo, Egypt, December 12, 1971.
On some copies location is incorrectly given as live in Holland, 1971. Some copies has 'Live in Egypt Vol. II' printed on jacket by Danny Ray Thompson. (infos from 'The Earthly Recordings of Sun Ra' by Robert L. Campbell)

In 1968, Ra moved the Arkestra from New York to Philadelphia, where he lived until his death (and where the Arkestra is still based). Ra released records most prolifically during the 1970s, usually on El Saturn but sometimes on the subsidiary Thoth Intergalactic. Nidhamu was recorded in Heliopolis and Cairo during the Arkestra’s first tour of Egypt. The tour is also documented on another Thoth album, Live in Egypt Volume 1, retitled Dark Myth Equation Visitation on reissue.

Nidhamu & Dark Myth Visitation Equation complete the Egypt trilogy. Most remarkable is 'Nidhamu' (the second release of the series, half recorded at the Balloon Theatre, the other half at Hartmut Geerken's house in Heliopolis) - a remarkable document: austere and very out there. Electric keyboards and an eerie 'Discipline No.11'set the scene, and after some solo Moog there's a spooky miniature 'Discipline No.15' introducing another long Moog and keyboards solo: 35 pretty abstract minutes that just slip by. 'Dark Myth Visitation Equation' follows (this was the first LP release, and has also been known as Sun Ra in Egypt Vol 1 and Nature's God). The first tracks are from the Cairo TV broadcast and the whole collection features more familiar groove-based pieces characteristic of the period, interspersed with Moog and electric keyboard solos. June Tyson reappears for 'To Nature's God' and the highly eccentric 'Why go to the Moon?'

"Nidhamu" is striking on early listenings, it broods. On close examination there's not a lot of content per se composition-wise. Lots of atmospheric noodling. The track which most impresses me is "Discipline 15" - short but ghostly. 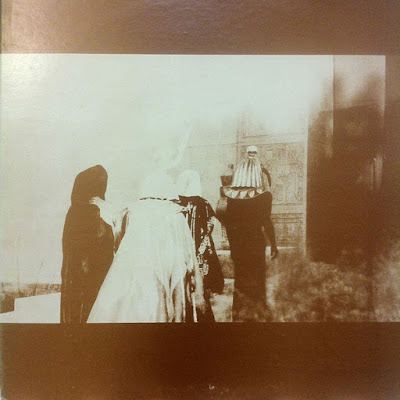