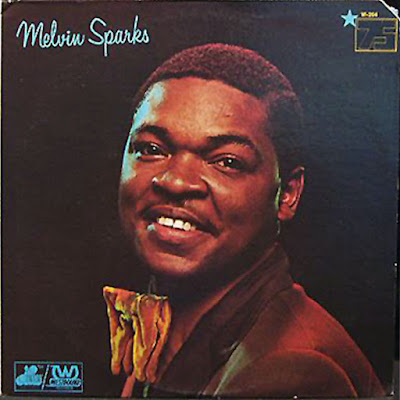 By 1975, jazz albums were becoming a hard sell, but Melvin Sparks entered the studio with his band and vocalist Jimmy Scott who featured on two tracks on Melvin Sparks ’75. It was co-produced by Melvin Sparks and Bernie Mendelson and when it was completed, scheduled for release in later in 1975.

After recording six albums in six years, Melvin Sparks was left without a recording contract. Westbound Records had decided to cut their loses, as Melvin Sparks had still to make a commercial breakthrough.

That was despite Melvin Sparks being a talented and versatile composer and musician, who had released five albums which were well received by critics. However, he was out of luck as the most fruitful period of his career coincided with jazz being in the doldrums.

Record buyers turned their attention to other genres and many jazz musicians no longer released albums on a regular basis. That was the case with Melvin Sparks who released albums sporadically. This began with  Sparkling in 1981, which was followed sixteen years later in 1997 with I’m A ‘Gittar’ Player. After that, Melvin Sparks didn’t release a new album until the new millennium.

What You Hear Is What You Get was released in 2001 and was the start of another fruitful period for Melvin Sparks. It Is What It Is followed in 2004 with This Is It! in 2005. However, when Groove On Up was released in 2006, it proved to be his swan-song.

Five years later, Melvin Sparks, who was one of the great jazz guitarists of his generation,  passed away in on March the ’15th’ 2011, just before his sixty-fifth birthday. Jazz music was in mourning at the loss of a talented and versatile guitarist, whose career had spanned five decades. However, looking back at Melvin Sparks long career, the five fruitful years he enjoyed between 1970 and 1975 was when he released the finest albums of his career at Prestige, Eastbound Records and  Westbound Records
Posted by Zen Archer at 10:47:00 PM