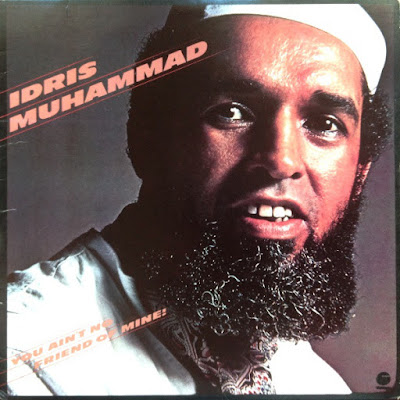 'You Ain't No Friend Of Mine!' is a funky jazz album recorded by Idris Muhammed in 1978 on Kudu Records. He was an American jazz drummer. Born Leo Morris in New Orleans, he showed great talent as a percussionist and began his professional career while still a teenager playing on Fats Domino's 'Blueberry Hill'. He changed his name to Idris Muhammed in the 1960's upon his conversion to Islam. Recorded and mixed at Fantasy Studios, Berkeley; except horns on "Disco Man", "Tell Me", and "You Ain't No Friend" recorded at Generation Sound, New York, and horns on "See Saw" recorded at Regent Sound, New York. Vocals recorded at Regent Sound, except "You Ain't No Friend" recorded at Fantasy.
Posted by Zen Archer at 3:23:00 AM