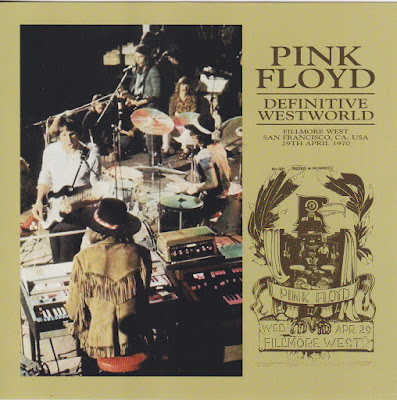 
Atom Heart Mother on KQED the next day

Pink Floyd’s concert at San Francisco’s famed Fillmore West is one that most collectors, even causal fans, have in their collections. The quality is excellent and the performance is its equal, the Floyd certainly shared a common vision with the psychedelic West Coast music community that inhabited the Bay Area. By spring 1970 the band had settled nicely into a group of songs that would, for the most part, form the basis of their live sets for throughout 1971. Like many I love these years, the Space Rock themed explorations enhanced with subtle mood nuances powered by incredible musicianship from all four Floyd’s make for some of the most invigorating listening one can find. Needless to say, material from these years takes up a bit of space on my shelves and is steadily taking over!

Back to the Fillmore show on April 29, 1970, the subject of this new release from the folks at Sigma where they revisit one of their earliest titles, Westworld (Sigma 4). The concert has been released many times, the first title I bought was Black Glass (Eclipsed NK-008), much to my disappointment the sound was hidden under a deep layer of hiss but thankfully I was able to upgrade to Live At Winterland (The Swingin’ Pig TSP-CD-170-2) and later Interstellar Encore (Pigs On The Wing OMS002/3) a title I ditched as it was CD-R that was thankfully copied as Pink Pigs Over Fillmore West (Euro Boots EB-30), and finally Westworld (Sigma 4). What I have always found frustrating about this concert is the lack of real information about the tapes themselves. What is known is that the circulating bootlegs are two source mixes, the soundboard portion many to believe is an Open Air Mic recording, the audience portion being just that, an excellent audience source. Why was the soundboard recorded? Possible radio broadcast? Bill Graham’s people? Who knows, the recording is excellent mono yet sadly incomplete. The audience recording is even more frustrating, first off, is what circulates complete or is the entire concert sitting in someone’s attic, some even believe that the same person is responsible for both, while others believe one got a hold of the other and made the mix of both. I for one would love to hear this concert in the quality captured by the audience tape, certainly the work of someone with really good equipment. The last item with this concert is the channel chirp that plagued latter releases, most attribute it to a faulty reel in its earlier analog days.

Is this title an improvement over the original Westworld? Well the title says this is the Definitive Westworld. The sound for one is only a very slight improvement, to my ears it sounds very slightly cleaner, they have not boosted the sound as much either especially between songs and the sound is more open for lack of better word. The reel chirp is a bit confusing, the label boasts they did significant work to eliminate it. I pulled out my old Pink Pigs Over Fillmore West and based upon several listens of this new title, used Cymbaline as a base-point. On the old Euro Boots title it’s there, can’t miss it and noticeable. Same song on Sigma 4, you don’t hear it. Again back to Sigma 209 and you can faintly hear the remnants of the chirp, barely. This is my theory, I read about, did not download, a remastered version of this tape where they took the original mono source where left and right channels are the same and used only the channel that did not have the chirp and mirrored it thus creating a version with no chirp, this could explain the very slight difference in sound from Sigma 4 to Sigma 209, the former used this remaster, the latter did not.

What is soundboard and what is audience? Well certainly the whole first set is the soundboard / open air mic recording. Its clarity of instruments, vocals complete mix is superior. It sounds like there is a patch in Atom Heart Mother, about 10-10:45 where it sounds like an audience source, the drums are way lower in the mix and it almost sounds like you can hear the sound moving thanks to the Azimuth Coordinator. The audience source is used for Set The Controls For The Heart Of The Sun, A Saucerful Of Secrets, and Interstellar Overdrive. Curious is the first three minutes of Set The Controls, it is either a third source or a different generation of the audience source.

For those who are not interested in any of the previous two paragraphs worth of babble, this new release sounds a tiny bit better than the original Westworld. Make no mistake we are dealing with the same sources so better transfer, better mastering techniques and software and those we should thank. That being said the Fillmore East show is an excellent concert, in fact that entire Spring 1970 American tour is, Stonybrook, Port Chester, KQED, and Santa Monica are the other circulating boots from this tour. The set-lists are superb, hell just the inclusion of Grantchester Meadows is worth the price alone (save for Stonybrook as its not on that recording). The West Coast dates feature a band playing to the same like minded counterparts as Europe, before the hoopla would creep in.

The packaging is what we come to expect from Sigma, full color inserts wonderfully adorned with live shots of the group in the intimate theater setting. The gig poster is recreated on the front cover, always liked that one with the Ummagumma pic with the band and all their instrumentation. Oh crap let’s not forget…a sticker! Definitive Westworld is certainly a decent upgrade to the original, better sonic quality for sure but to me, I hear nothing to make the claim as Definitive as we all know, the title is only as good as the next release or a better generation of the tapes appear. 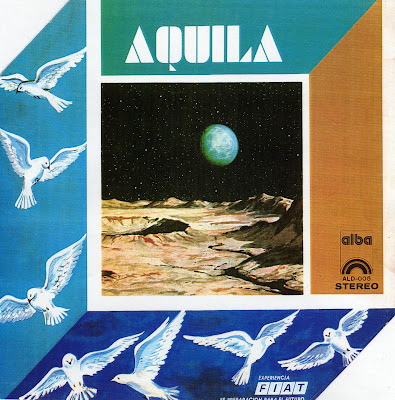 Directed by the young composer and vibraphonist Guillermo Rifo, Aquila group became known in history as the first substantive draft in the encounter of jazz with popular music and music learned. As a legitimate and hybrid chamber ensemble, Aquila found his role in a variation of style and creative point of view not only survived long in the Chilean music but became one of the strongest branches in the past 30 years: merger. Since 1965, a 19-year Gillermo Rifo performing in the percussion section of the Symphony Orchestra of Chile. In 1969 he founded the Percussion Group of the Catholic University and in 1971 he was already experimenting with the vibraphone (melodic percussion instrument) in the jazz language, in concert with the brothers Roberto and Mario Lecaros Lecaros, following classical and vibraphonist Lionel Hampton, Red Norvo and Milt Jackson. His constant drive toward the rediscovery of popular music led him to meet with drummer Sergio Meli, who had played until 1969 with Lecaros in the Village jazz group Trio. As the epicenter of musicians who frequented the house pianist to play Matias Pizarro and live jazz fusion group, the stronghold of Rifo and Meli to organize Aquila, was set in the disco Rosso Nero Apumaque at the mall, which opened spaces for jazz on Mondays of each week and whose owners were Meli himself and pop singer Paolo Salvatore. In 1973, Aquila completed as ordered as a quintet with a diversity of influences. It was led by the vibraphone Rite, whose origin was in classical music, and background of Sergio Meli, drummer for the generation of modern jazz, and also had the addition of alto saxophonist Sandro Salvati (who had just gone through the prototype Fusion), electric pianist Guillermo Olivares, until 1972, member of rock band Embrace) and electric bassist Williams Miño (with experience in popular music). Aquila released their only album, Aquila (1974), through the label Alba, incorporating compositions related to the merger mostly belonging to Rite, as well as creations of other members of the quintet and pieces from the modern jazz of Pharaoh Sanders and Herbie Hancock. He closed his active life quickly after a few appearances on underground and cons of a city curfew. Although, as noted by Alvaro Menanteau Chilean musicologist in his book History of Jazz in Chile (2003), in that short time Aquila reached a foundational category in the line of instrumental music mixes. After the fall of the curtain, Guillermo Rite continued to develop its popular vein musically directing Hindetmith Sexteto 76 (1973), chamber ensemble learned that delved into the folk roots music, and then lead the group electro Latinomúsicaviva (1978), one of the most significant projects of the merger Latin American man. 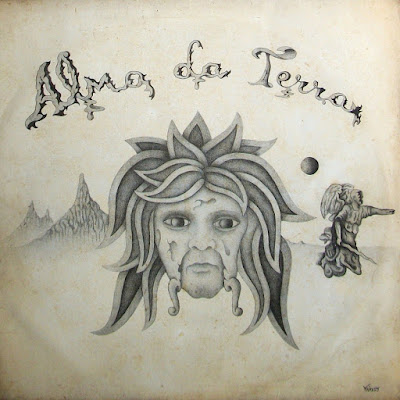 Trio from Niterói, Rio de Janeiro, active in the early 80's and only released one rare LP, starting the recordings for a second, which unfortunately never came out. The self-titled contains 10 short tracks that move between hard, progressive and psychedelia, with clear influences of 70's bands, but having some more 'modern' style. The instrumental is straight and well executed, where the Agra's guitar dominates, with remarkable riffs and solos, accompanied by good 'kitchen', plus some acoustic moments.