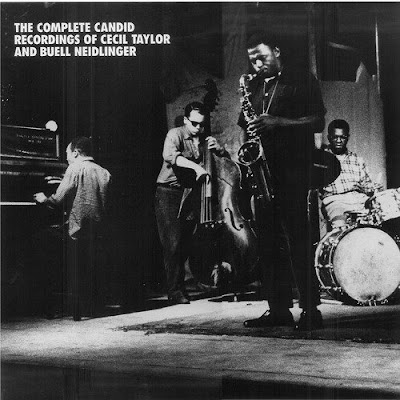 Buell Neidlinger, a bassist, cellist and educator who worked within a wide spectrum of jazz styles, from Dixieland to the avant-garde, died suddenly on Friday afternoon at his home on Whidbey Island, Wash. He was two weeks past his 82nd birthday.

His death was confirmed by his wife, Margaret Storer. The cause was a heart attack.

Neidlinger was best known for his early collaboration with pianist Cecil Taylor; they appeared together on six albums made between 1956 and 1961. He also recorded frequently with saxophonists Steve Lacy and Archie Shepp and trombonist Roswell Rudd; played in a trio with pianist Herbie Nichols; was the accompanying bassist on Tony Bennett’s hit 1962 recording of “I Left My Heart in San Francisco”; and collaborated prolifically with saxophonist Marty Krystall over a period of nearly 50 years.

He was extraordinarily prolific outside of the jazz world as well. Neidlinger worked in classical orchestras and was for nearly three decades the principal bassist in the Warner Brothers studio orchestra. His long list of pop credits included Steve Lawrence and Eydie Gormé, Chuck Berry, Frank Sinatra, the Moody Blues, Roy Orbison and Barbra Streisand.

Buell Neidlinger was born in New York City on March 2, 1936, and his family moved to Westport, Conn., when he was 2. He was a child prodigy on the cello, beginning to play the instrument at the age of 7. At 13, urged by a teacher to strengthen his hands by studying the upright bass, Basie veteran Walter Page became his bass teacher.

Admitted to Yale University to study classical music, Neidlinger stayed for one year. During that time he began playing jazz, joining the Dixieland band Eli’s Chosen Six along with trombonist and classmate Rudd. He briefly returned to Westport until trumpeter Max Kaminsky suggested he become a working musician in New York. Neidlinger moved there in 1955, and found work subbing for his mentor Page in the house band at Eddie Condon’s in Greenwich Village and playing with trombonist Conrad Janis’ band. That same year, Neidlinger met Lacy at a Yale alumni event in New York, and Lacy in turn introduced him to Taylor.

In 1956, Neidlinger made his first two recordings: Jazz at Columbus Ave., a session by Dixieland trumpeter Johnny Windhurst, and Taylor’s debut, Jazz Advance. He appeared on Lacy’s 1958 debut, Soprano Sax, and worked and recorded regularly with both Taylor and Lacy over the next several years before including them on his own debut record, New York City R&B, in 1961. He also worked in bands led by pianist Nichols and clarinetist Jimmy Giuffre, and began working as a session bassist—through which he recorded with Bennett—and delved into contemporary classical music with John Cage and Gunther Schuller, receiving a Rockefeller performance grant in 1965.

Disillusioned with New York, Neidlinger left the city in 1967. He moved first to Boston, where he joined the Boston Symphony Orchestra under Erich Leinsdorf and became a founding instructor in the jazz department that Schuller had founded at the New England Conservatory. Four years later he was offered a position at California Institute of the Arts, thus relocating to Los Angeles. While living in L.A., he became the principal bassist of the Los Angeles Chamber Orchestra; took the same position in the Warner Brothers Orchestra in 1973 (his first film credit was that year’s Soylent Green); and continued doing session work. Among his hundreds of sessions, he performed on hit records including Dolly Parton’s “Coat of Many Colors,” the Eagles’ “Desperado” and “Hotel California” and the Village People’s “Y.M.C.A.” He also performed on jazz vocal sessions by Diane Schuur, Carmen Lundy and the Manhattan Transfer, and worked in the late 1980s with both pianist Les McCann and alto saxophonist Anthony Braxton.

Neidlinger met Krystall shortly after his arrival in Los Angeles, and the two began a fruitful collaboration that would last for the rest of the bassist’s life. They made 16 recordings together and cofounded a label, K2B2 Records, in 1979.

Neidlinger retired from studio and performance work in 2000 and moved with his wife to Whidbey Island, in Puget Sound outside of Seattle. Returning to his first instrument, the cello, he lived out his days playing the instrument either at home or at a local coffee shop, as well as on occasional records on the K2B2 label. His final album—The Happenings, a trio date on which Neidlinger, Krystall and guitarist Howard Alden performed the compositions of Herbie Nichols—was issued in December.

Neidlinger is survived by Margaret Storer, his wife of 36 years; a daughter, Miranda Neidlinger; and a son, Mike Neidlinger.

A bewildering collection of music, varying from the often quite difficult Taylor to bop fare with a twist. There is a twinge of masochism mounting this on the turntable but for me Taylor is a litmus test. Some people, whose judgement is impeccable in most things, tell me they are enraptured  by Taylor, others class him somewhere between root canal treatment and filing tax returns. Punishment for some, but not as challenging as some later Taylor for others.  Each time I play him, which I do from time to time, I am checking whether I have turned the corner, a zen moment, and finally “got” Cecil Taylor . So far he continues to elude me, but I keep trying.
The presence of Buell Neidlinger and Dennis Charles and the occasional  Archie Shepp ensures the proceedings keep one foot on the ground. Where the other foot is can be hard to locate.
Somewhere I read Taylor described  as the only jazz musician with “absolutely no groove whatsoever”. That is not an insult, but a measured thoughtful description. The bass and drums – instruments whose main purpose is to deliver the groove – seem to operate independently of Taylor’s direction of the moment, not “free” improvisation, but playing a different tune from Taylor, occasionally crossing each other’s path. In a lesser way, it’s an adaptation  I associate with Charlie Rouse, and how he coped with the melodic and harmonic eccentricity (genius) of Monk. One of you is a genius, but it takes a rare  talent to  play together.


The sessions that comprise the four discs on this first-rate Mosaic boxed set were done in 1960 and 1961 for the short-lived Candid label. Taylor's concept had not yet evolved into a finished package; he wasn't always sure where he was going. There are solos that begin in one direction, break in the middle, and conclude in another. Tenor saxophonist Archie Shepp often sounds unsure about what to play and whether to try and interact or establish his own direction. At the same time, there is plenty of exceptional playing from Taylor, Shepp, and the drum/bass combination of Buell Neidlinger and Dennis Charles. You cannot honestly say everything works on these four discs, but there is never a dull moment. It won't please everyone, but listeners ready for a challenge should step right up.
Posted by Zen Archer at 1:16:00 AM 3 comments: Links to this post