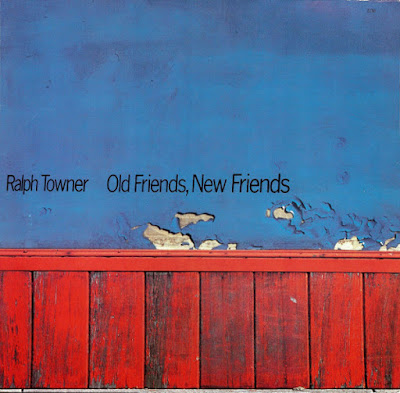 This set of six extended pieces—each penned by Ralph Towner—is like the flipside of his classic Solstice. From the moment we step into its sound-world with the resplendent 12-string of “New Moon,” we know this will be a path from which we may never wish to stray. Towner’s unexpected French horn adds shading and depth to his already gossamer billows, leaving the fluegelhorn of Kenny Wheeler to snake through Michael DiPasqua’s lucid drumming as the unmistakable cello stylings of David Darling arise from the depths of our expectations. Darling, a personal favorite among ECM-represented artists, proves to be a welcome, if nearly ineffable, presence. One hears shades of his classic Darkwood unfolding like a meandering dream in “Yesterday And Long Ago,” while “Beneath An Evening Sky” weaves twelve strings through six over his ornamental crosshatchings.

Not unlike the album as a whole, “Celeste” forges an uplifting sort of melancholy, heard in Towner’s heartwarming pianism and in Wheeler’s boldly sketched lines. Moments of sheer majesty quickly succumb to underlying reveries, awaiting the “Special Delivery” of Eddie Gomez’s vocally infused commentary. This leaves only “Kupala,” which shows off Towner’s fine muting technique, brushed drums adding a touch of age. Running his fingernails along the edge of this sonic quarter, Towner opens the floor to a magic that only the listener can supply.

I know it’s nothing new to say, but albums like this always put me in awe of jazz, an art form in which a musician can surrender oneself so freely to the musical moment and yet just as easily anchor oneself in explicitly composed material. Likewise, Towner’s music, and especially that collected here, is something into which one can read experiences that are at once rooted in the physical world and firmly bound to a realm where physicality is a myth. Like its own mythology, it is creation and dissolution made one. It ends in a slow fall, laying itself down like a flower upon its own grave.
Posted by Zen Archer at 6:17:00 PM