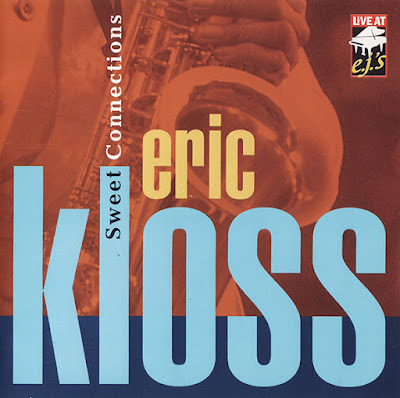 Eric Kloss is one of many artists recorded live at E.J.'s in Atlanta before it ceased operations in 1982. Unlike typical guest artists performing there, Kloss doesn't simply play with a local house band; he is joined throughout both dates by pianist Gil Goldstein, with bassist Steve Tisher and drummer Terry Silverlight added on the last three selections. Kloss, who abruptly seemed to have ceased performing and recording without explanation during the 1980s, is in great form on these 1979 live sets. The duo leads off with "Sweet Connections," a furious original credited to both men. The saxophonist's lush ballads "Wrapped in a Cloud" and "The Sands of Time" are followed by a fairly straightforward interpretation of rocker James Taylor's "Places in My Past." Goldstein shows off a bit in a rollicking duet of the standard "Love Is Here to Stay," with Kloss adding a bit of a wry solo. Like other recordings made at E.J.'s and issued on its equally defunct namesake label, the piano sounds a bit muddy and distant, making one wonder if the musicians realized they were being recorded, though this rare opportunity to hear Eric Kloss in a live setting late in his career overcomes any sonic shortcomings.