The Velvet Underground and Nico - 1966 - A Symphony of Sound

The Velvet Underground and Nico
1966
A Symphony of Sound 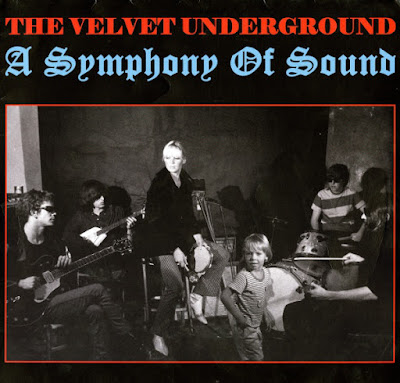 The Velvet Underground and Nico: A Symphony of Sound (1966) is an American film by Andy Warhol and Paul Morrissey. The film was made at The Factory. It is 67 minutes long and was filmed in 16mm black and white.

The film depicts a rehearsal of The Velvet Underground and Nico, and is essentially one long loose improvisation. Lou Reed and Sterling Morrison play their electric guitars (Gretsch Country Gentleman and Vox Phantom respectively), Maureen Tucker plays her 3-piece drum kit consisting of a rack tom, snare drum, bass drum and single cymbal, John Cale plays his electric viola and Nico bashes a single maraca against a tambourine. Cale subsequently switches to bass and at some stage, he creates feedback on an wooden frame from a piano while Nico plays on Cale's Fender Precision Bass. Cale soon switches back to his viola and near the end of the film, the rehearsal is disrupted by the arrival of the New York police, supposedly in response to a noise complaint.
The film was intended to be shown at live Velvet Underground shows during setup and tuning.


“We’re sponsoring a new band," announced Andy Warhol at the end of the 1966 documentary posted here yesterday. "It’s called the Velvet Underground.” Brian Eno would much later call it the band that inspired every single one of its listeners to start bands of their own, but that same year, Warhol produced The Velvet Underground: A Symphony of Sound. The film shows the group, which features young but now much-discussed rock iconoclasts like John Cale, Lou Reed, and (on tambourine) the German singer Nico, performing a 67-minute instrumental improvisation.

Shooting at his New York studio the Factory, Warhol and crew intended this not as a concert film but as a bit of entertainment to be screened before actual live Velvet Underground shows. It and other short films could be screened, so the idea developed, their soundtracks and visuals intermingling according to the decisions of those at the projectors and mixer.

"I thought of recording the Velvets just making up sounds as they went along to have on film so I could turn both soundtracks up at the same time along with the other three silent films being projected," said director of photography and Factory member Paul Morrissey, best known as the director of Flesh, Trash, and Heat.  "The cacophonous noise added a lot of energy to these boring sections and sounded a lot like the group itself. The show put on for the group was certainly the first mixed media show of its kind, was extremely effective and I have never since seen such an interesting one even in this age of super-colossal rock concerts." Alas, someone's noise complaint puts an end to the Symphony of Sound experience: one policeman arrives to turn down the amplifier, and Warhol tries to explain the situation to the others. But the bustle of the Factory continues apace.
Posted by Zen Archer at 4:53:00 AM