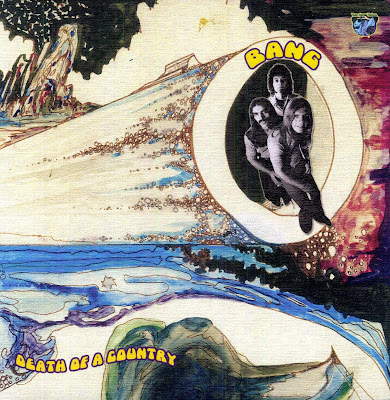 This was to be Bang's debut album in 1971 but was rejected by Capitol for sounding to dark and noncommercial, so they started over and made their debut album, which oddly, sounds like more of the same, though they did get a minor hit out of "Questions". I'll admit this album lacks some of the hooks and hit potential found on their S/T but it rocks just as much and deserves a place in their discography as their true debut.
Nowhere near as good as the "official debut", but they definitely show signs of positive things to come. The opening spoken word part of the first track makes Spinal Tap look like a serious band, but what comes after is a ten minute opus of fun heavy psych with a groovy environmental message. The remaining songs have their merits too - especially Future Song and Certainly Meaningless. Definitely not as good as the Bang album, but I'd still rank it higher than Mother/Bow To The King or Music.
Posted by Zen Archer at 1:04:00 PM