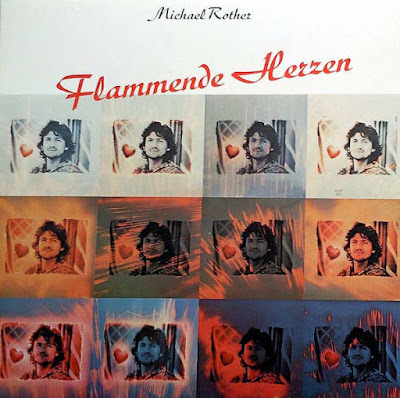 Born in 1950, Rother was educated in Munich, Wilmslow (England), Karachi, and Düsseldorf. He also resided in Pakistan in the early 1960s where he was exposed to Pakistani music that would influence his own music in the late 1960s and early 1970s. From 1965 Rother played in the band Spirits of Sound, from which other members would later go on to join Kraftwerk (Wolfgang Flür) and Wunderbar.

Rother is a multi-instrumentalist (primarily guitar and keyboards) who, along with a catalog of several solo albums starting in 1977, is best known for having co-founded the German group Neu! with drummer Klaus Dinger (five albums between 1971 and 1996), and his collaborative efforts with Hans-Joachim Roedelius and Dieter Moebius (aka Cluster) under the name Harmonia (two albums, one in 1974 and 1975, with later 1976 sessions recorded with Brian Eno; the studio tapes for the latter disappeared but were found by Roedelius two decades later; he remixed the tapes and released the results as Tracks and Traces in 1997; Rother was the main producer for the version re-released in 2009). Rother and Dinger were also in a short-lived version of Kraftwerk in 1971, with Florian Schneider, during a time when founding member Ralf Hütter had temporarily left the band. (This version of the group was filmed during an appearance on the German music show Beat Club, which has been available sporadically on VHS and DVD.)

Beginning in the late 1970s, Rother began issuing LPs under his own name: Flammende Herzen (1977), Sterntaler (1978), and Katzenmusik (1979) all featured drums by Can percussionist Jaki Liebezeit. Further releases included Fernwärme (1982), Lust (1983), Süssherz und Tiefenschärfe (1985) and Traumreisen (1987). Rother regained the rights to these releases in the late 90s, and re-released CD versions of them, all of which contained bonus tracks, usually in the form of then-current remixes of original album tracks. Along with these reissues were a best-of compilation, Radio, and a new release, Esperanza (1996). His most recent album; Remember featured vocals (a first for Rother's solo work) and was released in 2004.

On 1 July 2007, Rother joined the Red Hot Chili Peppers for a live jam at the end of their concert in Hamburg. Together they played for nearly 25 minutes in front of 35,000 people.  In November 2007 he toured with Dieter Moebius (another member of Harmonia) as Rother & Moebius.  On 27 November 2007, a Harmonia reunion concert was announced for Berlin, where they performed together live for the first time since 1976.

In 2010, Rother played five shows in Europe with Sonic Youth drummer Steve Shelley and Tall Firs guitarist Aaron Mullan (who played bass in the trio). This group, known as Hallogallo, performed the music of Neu! live for the first time in many years. They also played the ATP New York 2010 music festival in Monticello, New York and Incubate 2010 in Tilburg, Netherlands in September 2010. In December 2012 Rother performed the music of Neu! and Harmonia at the ATP festival in Camber Sands, England, accompanied by the Berlin-based band Camera. In November 2013, he performed at the final UK holiday camp edition of ATP.

In 2015, Rother recorded scores for the German film Die Räuber (The Robbers) by Paul Cruchten and Frank Hoffmannand the German TV film Houston by Bastian Günther.


Flammende Herzen is the first studio album by the German solo artist Michael Rother. It was released in 1977 and includes the single "Flammende Herzen" b/w "Karussell". The music was used the following year to soundtrack Flaming Hearts. It was Rother's first solo venture after having recorded five albums prior as a member of Neu! with Klaus Dinger and Harmonia with Cluster.

The album was recorded between June and September 1976 in Germany at Conny's Studio. Receiving positive reviews the album was released as an LP in March 1977 before it was re-released by Polydor in 1982. The album was reissued on CD in 1990, before being re-issued again in 1993 with bonus tracks and having been remastered. The artwork for the album was designed by Rike with photography by Christian Rabe and Ann.

Following the disbandment of Neu! having released their third studio album Neu! '75 in 1975, Rother worked again with Neu! and Harmonia producer Conny Plank on his first solo album. Jaki Liebezeit from Can augmented Rother on drums. Aside from Liebezeit, the entirety of the album was written and performed by Rother utilising guitar, bass guitar, electric piano, organ, synthesizer and electronic percussion.In contrast to Rother's work with his former groups, the album was completely instrumental instead based around his guitar.

On completion of the sessions Rother re-united with Cluster members Hans-Joachim Roedelius and Dieter Moebius and former-Roxy Music member and solo artist Brian Eno to record a third Harmonia album in Forst in 1976. The studio sessions were productive but the recordings were left unreleased until November 1997 when they were released as Tracks and Traces and credited to 'Harmonia 76'.

Flammende Herzen was first released on Sky Records as an LP in 1977. The album has been re-released several times, again as an LP on Polydor after Rother joined the label in 1982, then as a CD on Polygram in 1990. In 1993, Rother secured the rights to his back catalogue and re-issued all of his solo albums with bonus tracks and remastered sound on his own label, Random Records. In 2000, Rother re-issued all of the albums again in partnership between Random Records and BSC Music.  Expanded editions include two versions of the title track recorded in the 1990s, "Vorbei (Flammende Herzen - Chill Remix 1993)" and "Flammende Herzen - Film Remix 1993" with Joachim Rudolph on drums, bass, and co-remixing. The album has since been released in the US on Water Records and as a heavyweight 180 gram LP on the 4 Men With Beards imprint.

Michael Rother was the guitar and keyboard playing half of the groundbreaking Krautrock group Neu, and earlier, a founding member of Kraftwerk. Flammende Herzen (Flaming Heart) is his first solo album, recorded by and produced by Conny Plank in 1976 and issued at the dawn of punk in 1977. Flammende Herzen is, in a sense, the complete and utter flowering of a vision Rother held from Kraftwerk through his work with Klaus Dinger in Neu and through his short-term collaboration with Moebius and Roedelius in Harmonia. Rother's signature guitar sound is twinned with an analog delay, the simple mechanical or "motorik" percussion all wound around simple, yet transcendent, melodies that are nearly anthemic in their strident execution. With percussion assistance from Jaki Leibzeit of Can, Rother crafts a driving, soaring ride into the sonic abyss that is rich with melody and rock & roll rhythm. For Rother, music is a thing filled with light, and tracks such as the title, "Zyklodrom," and "Karussell" feature a cylindrical weave of electronic and organic percussion, opaque but insistent synthesizers playing chord progressions, and, of course, acoustic and electric guitars either chiming in single- and double-string Brucknerian motifs or churning on two or three chords hypnotically into the ether. While some of the themes presented here later became the foundation for a ponderous kind of new age disc music, there is plenty of spaced-out psychedelia and churning rock & roll ellipsis here ("Feuerland") for fans of early Krautrock. This remains one of Rother's strongest and most visionary records.