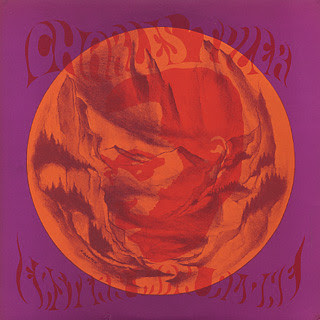 
That Charles Tyler comes out of the school of Albert Ayler is a well-known fact. Listening to Tyler in his quartet on Eastern Man Alone, recorded in January, 1967, his second for ESP, is delving into history. His music is seminal, even more so it seems than either Coltrane’s and Coleman’s was, because it is downright raw. Besides the uniqueness of the sound, additionally innovative in this recording is the prevalence of the strings: David Baker plays cello; Kent Brinkley and Kent McKesson, bass. There are no drums. Tyler is the sole horn player on alto.

Tyler’s alto is altogether searing, staying within a range that does not cover too many extremes. Tyler carves out the shape of the rhythmic choruses, which repeat and fall apart in patterns, eventually to be rediscovered in refreshed form. From the very upbeat first cut, “Cha-Lacy’s Out East,” the strings synchronize with Tyler so that it seems as if the horns have multiplied. Tyler’s tone is not pure; it is reedy and describes so well the era of Ayler when improvisation let loose only to circle round in simply structured choruses to build the body of composition. Both with pizzicato and bowing, the strings seem to monopolize the music in all but the first number, after Tyler lays the groundwork for where the basses can and do go. Only in the last “Eastern,” does Tyler, as does Baker and the other bassist, fold into what the arco bass starts.

Cellist Baker wrote “Le-Roi.” All the instruments are synchronized at the outset; the ascent into the break-out tune loops gradually until one bass finally ushers Tyler to take the reins. The strings have arco drive and a slippery grind. A singular, but not foreign, high-pitched tremolo on the cello stops the music with ethereal strangeness.

"This 1967 recording by the avant-garde saxophonist -- his second for ESP-Disk' -- features Tyler on alto sax with accompaniment from David Baker (cello), Brent McKesson (bass) and Kent Brinkley (bass). The album starts out with 'Cha-Lacy's Out East' which revisits a theme from his first album as leader. The proceedings are heady free-form avant-jazz, reaching into cosmic realms with it's string-heavy backing providing soaring atmospheres. Tyler cut legendary records as a sideman to Albert Ayler, but as a leader, proves to be one of the most advanced, challenging, and exploratory players of the late '60s avant-garde. Newly remastered with original artwork & liner notes by Clifford Allen."-ESP

"Charles Tyler's second session as a leader (it would be seven years before he would have a third chance) has much more playing time than his first effort (48 minutes as opposed to 29) and more of an original concept. The altoist is the lead voice in a quartet comprised of cellist David Baker and both Brent McKesson and Kent Brinkley on basses, coming up with eccentric melodies and sound explorations on four of his originals. This is a worthy effort that is innovative in its own way although not recommended to listeners who feel that bebop is "modern jazz."-Scott Yanow, All Music Guide
Posted by Zen Archer at 1:27:00 AM