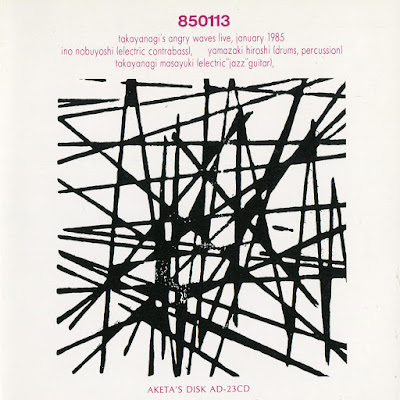 
Okay, I admit that Takayanagi sounds at first rather monochromatic in his choice of non-stop flows of notes and it kinda put me off at first. In spite of this:
1) Hiroshi Yamazaki is a really good drummer, and he proves it with his abstract rhythmic inventions (the Japanese Sunny Murray that me likes). He uses a damn lot of cymbals and bells and so on and those are distracting enough, but his solo spots are revelatory.
2) Motoharu Yoshizawa (or at least I think so) is exciting in both solo sections and accompanying sections.
3) Takayanagi has a cyclical conception of playing, not necessarily a wankish and arid one. This is structured improvisation, not Tori Amos, nor The Monkees, nor Death. And his ease in slipping from high to low registers and from Latin sonorities to Derek Bailey-like moments is nothing to be spit upon, it gets exciting if you have the patience.
Not a Call In Question, if you ask me or everybody else, not quite a Dislocation, but it is worth repeated listens. 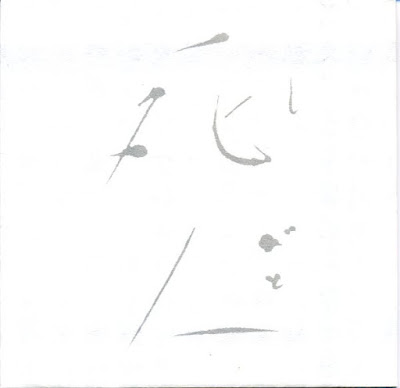 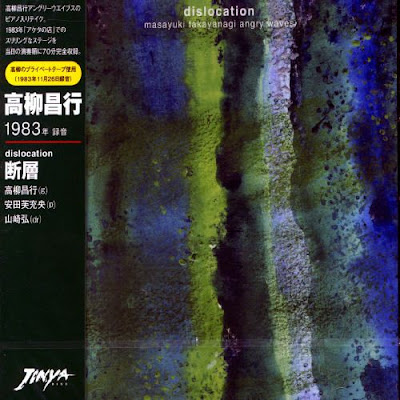 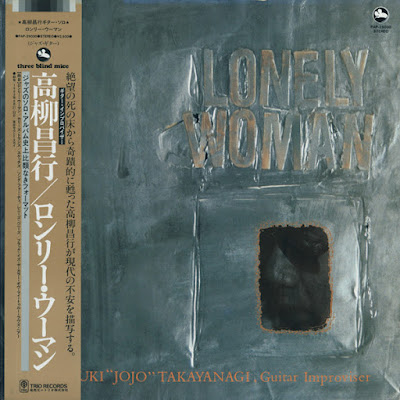 
Guitarist Masayuki "Jojo" Takayanagi (1932-1991) was a towering leader in the Japanese jazz world. His first influence was Lennie Tristano, but through the 1960s and 1970s he explored and pushed the boundaries in free form jazz, leading a group called New Direction, among others.
Ever a fighting spirit, in 1982, shortly after recovering from a life-threatening medical condition and surgery, Takayanagi decided to take on a challenging task for any guitarist: To record an entire solo album. Using several electric guitars and effectors including an octave box but no overdubs, he pursues his thoughtful and spontaneous improvisations on tunes written by giants of the free jazz movement (the title track by Ornette Coleman and "Song For Che" by Charlie Haden) and a couple of tunes that belong to the Tristano School ("Lennie's Pennies" and &Kary's Trance" by Lee Konitz).
Posted by Zen Archer at 12:38:00 AM 2 comments: Links to this post