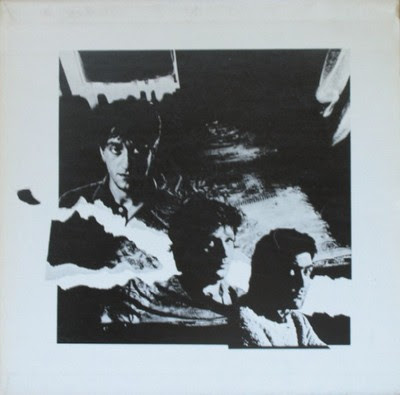 The first major shift in the carer of LEB I SOL occured immediately after the release of the third album "Rucni rad", when keyboardist Koki Dimusevski left the band. His replacement was Miki Petkovski, formerly of SMAK, but he also left after few months. They then decided to continue as a trio, without keyboards and started composing theatre soundtracks.

In the beginning of 1981 they released the fourth album, under the enigmatic title - a mathematical symbol for "Infinity" (8). This period saw a flood of "new wave" in ex-Yugoslavia and old prog-rockers began to fade out... So LEB I SOL decided to comply, accepting influences from new wave, but filtering them through their improvisational/fusion approach, making songs with more lyrics for wider public and retaining "jazzy" instrumental play, particularly evident on their concerts of the era. Arsovski was forced to expand his bass playing in order to fill the gap of missing keyboards.

"(8)" is a transitional album in a good sense and still one of their best! Out of 9 songs, 3 are with lyrics and these happen to be among their best: "Ziva rana", "Beli mrak" and "U tom je stvar". They are dominated by the sense of melancholy, depression, emptiness and some eerie dark, Minor keys, with leading melodic instrument being Arsovski's fretless bass. Stefanovski probably listened to THE POLICE a lot at that time because the sound of guitar and percussion are often similar to Summers/Copeland style, while Sting also appeared to have played fretless at occassions. Nonetheless this combination sounds good if you are willing to accept it (I can feel the horror of prog purists at every mention of "new wave", but come on! - here is another "prog-punk" link: Andy Summers in his early days was messing up with Canterbury scene, while later on he actively collaborated with Robert Fripp! Enough?) Macedonian folk is retained however and they did an excellent remake of traditional "Ajde sonce zajde". Jazz veteran trumpetist Stjepko Gut added a few nice notes of flugelhorn in two tracks.

Now what to say? I am supposed to recommend this album to prog listeners or prog novices! Well, if you never listened to LEB I SOL, start first with any of the first 3 albums. If you like it, then come here! If you are a fusion fan, you will have already appreciated first 3 albums and you may like this one too. If you are more open to the music of different genres (like I am ) you will find many moments on "(8)" to admire and listen to, no matter the genre definition. After these guidelines one can easily mark it 3 stars, but hell, for me this is excellent addition to any collection!