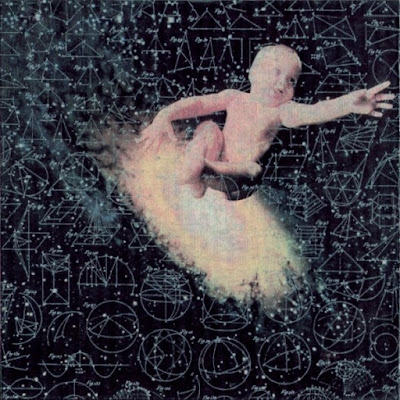 Originally released on CBS-Sony in 1973.
Includes insert of notes in Japanese, and copy of original text.


Another Masahiko SATOH's gem released in 1973 ... very surprising that CBS / Sony, a Japanese big major record label, could make an excellent decision to shoot such an aggressive progressive album at that moment.
This "Dema" Project got started with Kohsuke ICHIHARA's occasional idea - Kohsuke had been much immersed in a short novel titled Dema, written by Yasutaka TSUTSUI, and he brought this novel to Masahiko SATOH for persuading him to product a suite for Dema story ' also Masahiko got interested in this project and composed some material for it. In 1973 Kohsuke ICHIHARA All Stars and Masahiko SATOH & Garandoh came together for the sake of a music novel called 'Dema', that was released via a Japanese big major record label CBS / Sony (and re-released as a CD album via Disk Union, a Japanese CD distributor).

As their biography says, the "bizarre" project had started over Kohsuke's curiosity about Yasutaka's novel named "Dema (Rumours)". I have not read this novel yet (for the reason that I'm afraid I have something of preconception or bias toward this album) but such a painful tension via this album can be enough for us to realize where the original story goes. The short opening "Prologue" is a quiet omen, with weird synthesizer sounds, percussive rumbles, dark guitar bazookas. And the tensive basis cannot be altered upon the following stage "Information 1 - Information 22" ... Cool but burning keyboard sound-fire, dry and achy flute knife edge suddenly attack against our ears, as if a terrible alien with dreadful weapons would run around here and there under the dark sky. And furthermore, in the middle part the riffs pick upper-tempo, just like an activity of the strange murderer (actually, this novel can go ahead as this, can't it?) Until the very last of the track, we cannot avoid chilling by the burning keyboard iceberg and sharp-edged & self-assertive bass explosion ... but amazingly comfortable in such a refined air.

In the next scene "Information 23 - Information 49", this aggressiveness gets more extensive ... quiet piano, scattered saxophones and flute, ethnic but not simple (remarkably complex) percussion ... all instruments come and attack against our brain as though they should lie next by next on top of each other upon this stage. Just when a noisy synthesizer sound darkness comes here, we listeners (and also the players?) can do nothing about this "rumour" finally ... Under serious and cynical loudness, psychedelic piano, sharp-edged violin, avantgarde loud saxophones, fuzzy messy bass assertion, and synthesizer darkness - all popped up and invade easily into our mind that expand more easily. Upon the last track "Epilogue", there's nothing except vacant atmosphere, which can be made by plaintive synthesizer streams and sad string eyes.
Posted by Zen Archer at 9:52:00 PM