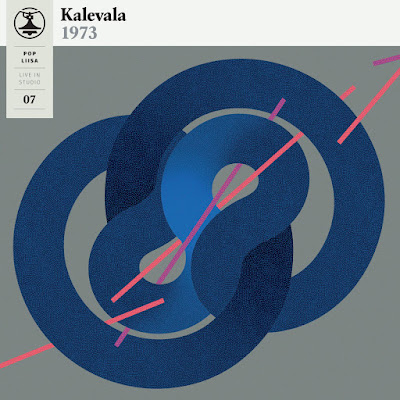 Never bootlegged and known up until now only to a few faithful servants (and largely thought to have been lost for ever), these sessions offer a hitherto unrivalled look into the state of Finnish jazz and progressive rock between the years 1972-1977. Imagine if the sessions recorded by John Peel had only recently been discovered, and you get an idea of the cultural weight of what is being brought into the light of day here.

Originally recorded as broadcasts by YLE (the national radio service Yleisradio, ”the Finnish BBC”), the thirty-four Liisankatu sessions are a genuine who's who of Finnish prog and jazz. Interestingly, anyone with even basic knowledge of the era's biggest bands will recognize familiar names at play within these obscure bands.

As such, these sessions provide the missing link between jazz and prog, explaining through spirited performances - and largely unknown collaborations - the instrumental prowess and dexterity of these players and bands. What's best, these sessions show these exceptional bands playing for the moment in front of a hundred strong studio audience, not weighed down by the tedium of studio recording, and thus somehow miraculously managing to capture the best of both worlds: studio performances in front of a live audience.
Posted by Zen Archer at 8:29:00 PM