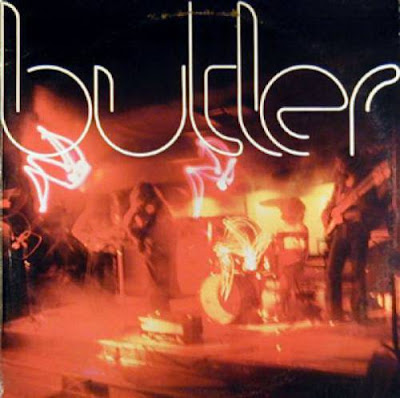 
Butler were one of few all-Maori rock bands. All four members were originally from Rotorua, but the band actually formed in Christchurch in 1970. Predominantly an underground group, they played their early gigs at the Open Door, before moving into Trevor Spitz's nightspot Aubrey's.

Having built a strong Christchurch following, the band took stabs at other South Island centres, returning to hometown Rotorua in 1971. From there they began building up a North Island following, proving popular on the University circuit with their combination of originals and Led Zeppelin / Wishbone Ash covers.

Some television exposure followed with a spot on 'Happen Inn', 'Popco' and 'Free Ride'. This was fairly rare for an underground group and even with this they never really gained much pulling power.

In 1973 they recorded a self-titled album for Pye. It was released on the Family label and from it came one single, "Green River"/"Especially For You"
Posted by Zen Archer at 4:30:00 PM