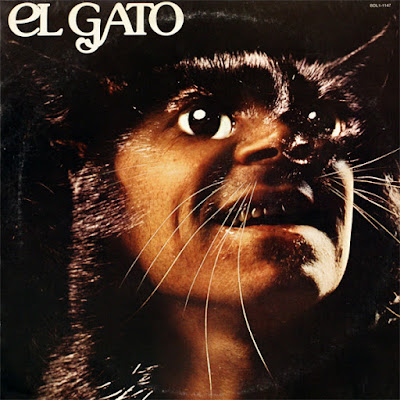 
In the early '70s, Gato Barbieri was in transition. The Argentinean saxophonist had become more melodic and accessible. He wasn't as avant-garde as he had been in the late '60s, although he had yet to start playing the type of commercial pop-jazz/NAC music he would become known for in the late '70s. The Barbieri of the early '70s was a modal post-bopper along the lines of Pharoah Sanders and the pre-1965 John Coltrane, but with a strong Latin flavor. Released in 1975, this vinyl LP paints an impressive picture of work that Barbieri had done four years earlier. The only previously unreleased selection is the title song, which was written by arranger/saxman Oliver Nelson and employs a two-saxophone front line with Barbieri on tenor and Nelson on alto. The four other songs ("El Parana," "Vidala Triste," "Niños," and "Merceditas") are Barbieri originals that had been previously released. All of the material is superb, and Barbieri's playing is quite passionate. Even though the Barbieri of 1971 wasn't as outside as the Barbieri of 1967, he was still a very forceful and explosive soloist. The saxman's sidemen on these Bob Thiele-produced recordings include, among others, Lonnie Liston Smith on acoustic piano, Stanley Clarke on upright bass, John Abercrombie on electric guitar, Airto Moreira on drums, and James Mtume (who had yet to become a famous R&B producer/songwriter) on percussion. El Gato has no problem illustrating the excellence of Barbieri's modal period.
Posted by Zen Archer at 10:59:00 AM