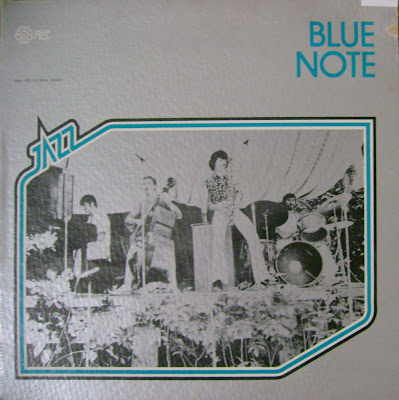 Original mexican LP issued in 1976on Nueva Cultura, and released in Mexico only. The group is composed of some of the best musicians from the jazz and also funk Mexican scene (as you can see on the line-up below), who also participated to projects like the now famous "Rabbits & Carrots" and other underground gems. This record is a real jazz masterpiece, at the same level as Nil's Jazz Ensemble, Candeias etc...

Eugenio Toussaint Uhtohff (October 9, 1954 – February 8, 2011) was a Mexican composer, arranger and jazz musician. He began playing as a pianist in 1972 with the band "Odradek". In 1975, he took part in the jazz band "Blue Note" (which was also the name of his first album) and a year later he founded the Mexican band "Sacbé", one of the most important Mexican jazz bands. This band started October 2, 1976 and included brothers Enrique Toussaint on bass and Fernando Toussaint on drums, Mexican saxophone player Alejandro Campos was also part of the founding members of the band. In 1979 the band moved to the USA and did some work in Minneapolis with guitar player Will Sumner.
Posted by Zen Archer at 11:05:00 PM