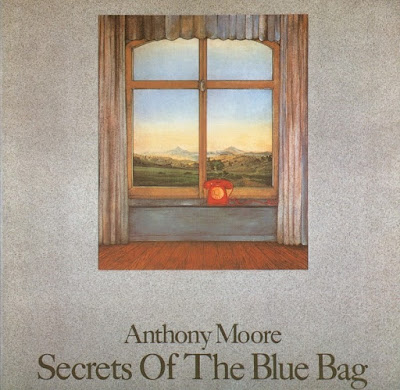 Another in the growing series of archive exhumations that have highlighted Anthony Moore's career, Secrets of the Blue Bag was titled for a Chinese description of the sky, and was originally recorded (and released) in 1972, at a time when Moore's experiments were still known only to a select few cognoscente. Of course his work with Slapp Happy and beyond, as a solo artist, vastly increased his audience, although it will be the hardcore fans alone who will truly return to this album on a regular basis. Primarily instrumental, the music is based around the 120 combinations that can be drawn from the first five notes of the diatonic scale, and was apparently inspired by Moore's discovery of the encryption engine developed by the 13th century hermeticist Raymond Lully. Opening with a simple repetition of the scale, played on violin, the piece builds to an ensemble of strings, bassoon, and voice, and puts one most in mind of a very English Philip Glass.
Posted by Zen Archer at 3:31:00 PM