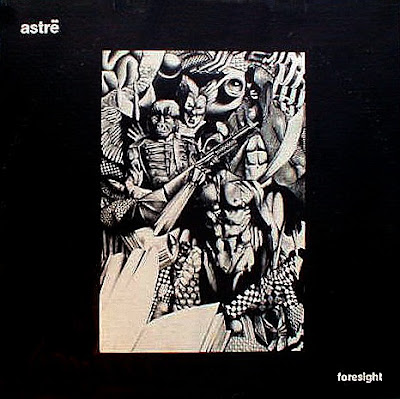 That same year they self release their only album called Foresight. Despite the terrible production, the music is pretty good and it's clear that they are influenced by the early 70's pioneers specially EMERSON LAKE & PALMER and KING CRIMSON with a touch of AOR (Typical of the era).

After the release of Foresight, the band kept offering concerts and touring in the US, until 1983 when their activities almost ceased completely and in 1984 officially disbanded. A real collectors item for the fans of Symphonic Prog, being one of the few examples of the genre in the South Central region of the United States.

Horrendously under-produced music from Tulsa, Oklahoma, but a superbly complex progressive rock album lays behind the mess. A clean reissue may take the grime off of this gem!
Posted by Unknown at 8:27:00 AM