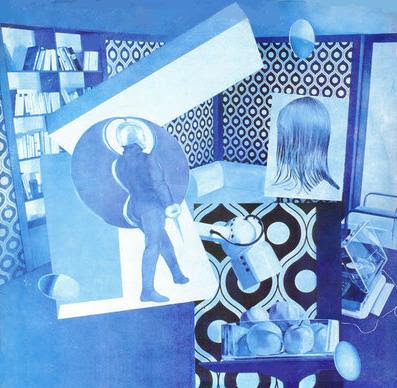 Anar Band was a project by Jorge Lima Barreto (1949), who had been performing interventions in experimental and jazz music, video art and performance-art since the late sixties; graduated in Art History and doctorate in Musicology and Social Communication Theory, he wrote several books and produced radio shows. Anar Band was a laboratorial group for improvisations, in the aesthetics of the free-jazz and electroacoustics. Produced and recorded in 1976, Anar Band was, on an electroacoustic profile, the first Portuguese record of improvised music, clearly committed as such.Formed by Jorge Lima Barreto (who would be from 1981 onwards one of the halves of Telectu, the other being Vítor Rua) and Rui Reininho (later the lead singer with avant-garde pop group GNR), this is a true trip into the inner realms of the mind, fuelled by jazz rock leanings and electronics – the ARP Odyssey synthesizer also reminds us that from here to prog rock is sometimes a small step. This is a truly original work of art, and the gatefold features extensive sleeve notes.
Absolutely essential improvised electronics LP ,will appeal to all fans of Asmus Tiechens,Conrad Schnitzler and even NWW.
Posted by Unknown at 4:37:00 AM