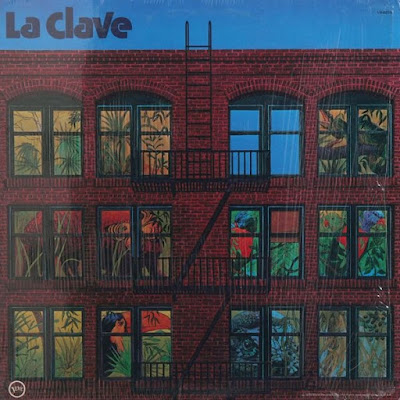 The only studio album band from San Francisco, headed by Benny Velarde. Released in 1973 on «Verve Records». A mixture of Latin music and funk-rock. The album was attended by invited session musicians, among whom was the Argentine jazz pianist and composer Lalo Schifrin.

An incredible album of Latin funk -- the only-ever record from this west coast combo headed by the legendary Benny Velarde! Benny's a name that you might recognize from earlier, straighter Latin dates for Fantasy -- or for countless studio work during the 70s -- but here, he's really got a talent for a funky 70s groove -- and manages to hit a unique space that's somewhere between conventional funk, west coast Latin, and some of the hippest blacksploitation grooves of the time! The album also features some under-credited work from Lalo Schifrin -- who was tied to the project somehow (Velarde claims that the record was killed by MGM upon release because of a feud with Lalo) -- but never really fully credited in the notes. There's a definite link here with some of Schifrin's funkier soundtrack of the period -- a great blend of jazzier elements and headier 70s funk -- all served up with a tightness that has made the record one of our favorite funky treasures for years!