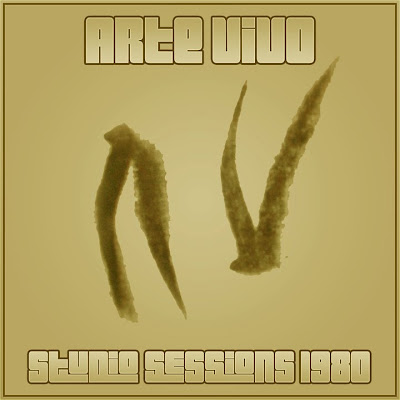 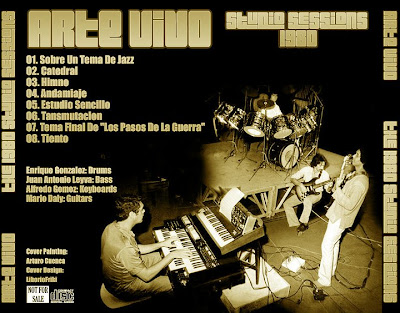 As promised here it is, transferred from a cassette 35 years old, this was Cuba's premiere Rock in Opposition band, without them even knowing I think, These guys were boldly going were no one had gone before in a country were in 1980 owning a Beatles record would get you expelled from school and having long hair would grant you a royal beating from the cops. Which was what we call now, the good times because 15 years earlier that would have made you end in one of Castro's concentration camps, but that is another story.
Arte Vivo as I said were boldly going to wherever music would take them, and that quest got them utterly ostracized... I remember very few people back then dug their stuff, to weird for the rock crowd, to classically influenced for the jazz-boppers, to electric for the classical world, and way to impossible to make fit in a box for the official ministry of culture policy. Somehow they managed to record these tracks at a local radio station, I do not remember the exact circumstances, but I have a friend that visits the blog that I know remembers and will add some info.
Live these guys were amazing, Remember going to see them live as quite a young kid and being absolutely blown away, their drummer was a friend of my neighbors back then and that's how I got to discover them. (I still have the signed program of the show). At some point there were talks about a US label and promoter being interested in taking them stateside, but we are talking cold war years, so that never materialized.
Later own the band added two female singers and started moving towards a more Nueva Trova but still rocky sound, gaining some fame locally and there is still an incarnation of the band playing in Miami under the lead of their founding member and master percussionist Enrique Gonzalez. But for me that original line up was the one that did it, no words can describe the feeling of utter freedom that going to their shows meant for kids growing up during te dark days of the 80's in Cuba. Funny enough those shows have become the stuff of legend back home in the rock community, a bit of a Velvet Underground syndrome... Everybody that saw them back in the day had their lives changed, but if everybody that claims that they actually attended those shows had actually attended them, they would have been rich by now...lol
All golden memories from a grumpy old rocker aside... If you are into Henry Cow and you regularly add some Recommended Records releases to your collection, this might be a band you might start to enjoy as much as I do because these guys really deserve to be better known among you freaks...

Hopefully someone will like it so much that they will get in touch with the band for an official release of this music. If so, I can put you in touch with them...
Posted by Unknown at 4:33:00 PM 8 comments: Links to this post