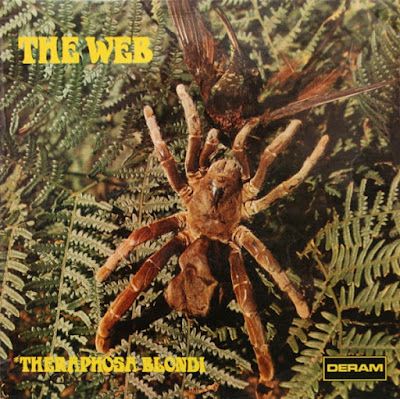 
Therosphosa Blondi has the same musicians as Fully Interlocking and you can really get the same feelings the first album gives you. It was made in 1970, two years after its precursor. But the question before reviewing this was: Could the band once again do a masterpiece like the debut album. And the answer to that is almost. This record contains a lot of marvelous songs but it's not as astonishing as Fully Interlocking. The Web's sound creves a definition. It feels they are rather distant from other prog bands. There is some jazz, some brass band and some popular songs here. They also used sounds from Caribbean and Africa.
"'Til I come home again once more" which is a wonderful little song, reminds me of Cat Stevens' early recordings. "Blues for Two T's" is similar to some early Jethro Tull pieces but better with a driving flute and a bluesy feeling. "Like the man said" is irresistible with its beautiful song and saxophone, a very vital soundscape. It continues with "Sunshine of your love" which also is great. The lyrics in "One thousand miles away" is nice about longing for your home. The song gives you feeling of the Caribbean and the melancholy. "Tobacco Road/America" is a great song which also uses Leonard Bernsteins "America" like The Nice did. This record is very close to perfection. Actually I want to give it five stars but me rating on every song concludes in 4,4. Thus, this is a great record. You will like it if you listen and I hope people will discover "The Web". But listen to "Fully Interlocking" primarily which is my favorite.

Email ThisBlogThis!Share to TwitterShare to FacebookShare to Pinterest
Labels: Samurai, The Web, UK 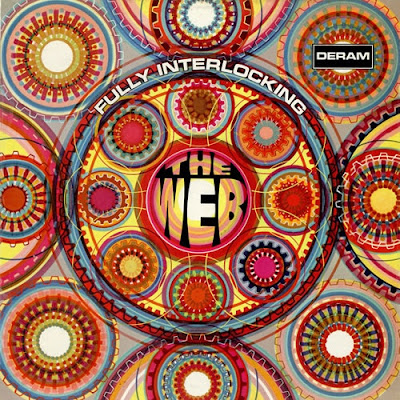 
THE WEB was and remains one of the deepest secrets of British prog rock, and nowadays it is a vital item for collectors and researchers. The band started as a jazz/blues act, with a style simultaneously related to America's West Coast groove and UK's early prog (or proto-prog).

The Web were best known in progressive rock circles for releasing two classic albums with Dave Lawson in the early 70's in form of "I Spider" and "Samurai" (the latter one after changing their name to Samurai). But before Lawson joined the band, the black American vocalist John L. Watson was their singer, and had a quite different style. The debut "Fully Interlocking" is some kind of late 60's psych with jazz-influences and a few minor early progressive tendencies. I'll admit that a large clunk of the songs on this record doesn't do much for me, being quite typical lightweight and whimsical 60's psych, although the band's rich and colourful arrangements make them more listenable than what they otherwise would have been. This goes for songs like "Wallpaper", "Did You Die Four Years Ago", "Reverend J. McKinnon" and the ballad "Hatton Mill Morning". "Harold Dubbleyew" is better, simply by being a swinging and catchy little tune with nice use of the band's brass-arrangements. And in the "best" psych-tradition, there are also lots of weird and quirky sound effects on the record, including fake surface noise and skipping! "Watcha Kelele" toys with some African ethnic influences, and the instrumental "Green Side Up" is probably the track that best hints at what the band later would do, although in a very embryonic form. The most ambitious piece on the album is the five-part mini-suite "War and Peace" that occasionally can remind a bit of what The Moody Blues were doing at the same time, including some very Graeme Edge-like narration. But overall I would rather advise you to save your money for "I Spider" and "Samurai" instead. And you'll definitively need money if you find those albums.
Posted by Unknown at 11:53:00 PM 1 comment: Links to this post