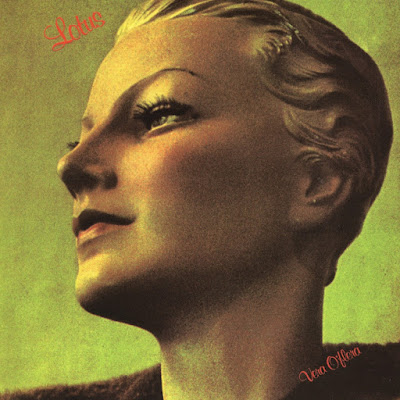 
Their debut self-titled album of two years prior was great and I gave it four stars. I think I like this second one even better. Whereas the first album's shorter punchier songs were more immediate the marvelous Vera is more mature. These songs are longer with more room to expand, slightly more refined, moving more towards jazz fusion but no less exciting. This album ROCKS and the playing is incredible. All of these guys, but especially guitarist Chico Lindvall, have to be some of the most criminally under-rated musicians of their day. I keep having to lift my jaw back up after it hits the floor. But, this is not just a technical noodle-fest, the songs are very pleasing and emotional. As Chico said, "you can play any note you like, but you have to know why you're playing it." Exactly!

We start with the longest song "Dance Hall Frenzy" at near 8 minutes with a mid tempo groove. The jamming begins as the solos are traded back and forth from guitar to keys with ease. The bass is well to the forefront on this recording and the drums not so overwhelming, kind of the opposite how they do things today when you generally hear all drums and whimpy bass. Next is "Conflicts" and this is mostly a keyboard showcase with the big bass again. "Poor Man's Beat" picks up speed and keeps rolling, first with keys and then Chico lets rip with the electric. We even get a funky bass solo in this track! "F-ck, I Give Up" is next (title edited for modesty!) and features some nice alto sax, piano, and acoustic guitar in a laid back traditional jazz mode. "Rain" begins with piano mimicking the sound of falling rain I suppose. Just after two minutes the band comes roaring in and we get some wild solos over driving rhythms. Some of the nuances this drummer pulls off just thrill me. "For Jenny" is a short expressive guitar showcase (electric and acoustic) no doubt inspired by someone special to Chico. The man can play magic. "The Fountain" is a very tight jazz rock number. "Bah Bah Little Lamb" is a strange one-minute joke that shows the boys may have toked up a little before the session. "Red Whortleberry Jam" is an even shorter acoustic guitar ditty to close the regular album.

Two bonus tracks are included on the 2004 reissue. "Oh No I Give Up Again" is another acoustic solo piece that is quite nice. "Last Rehearsal" sadly appears to be just that. A poorly recorded live studio piece that was likely their last jam? It features a nice Chico solo. Very sad that this marvelous group made only two albums.

This is an album that deserves a proper reissue. The 2004 DYM version sounds OK but features a criminally lame slip cover and nothing else! They don't even give you an inner sleeve for the disc. Just the outer cardboard cover.