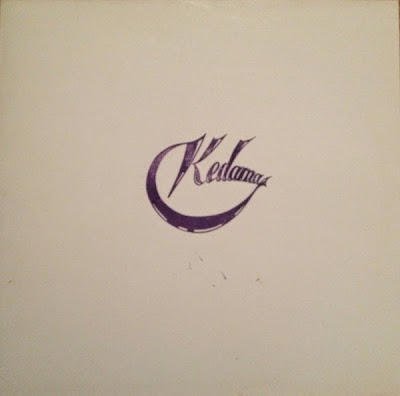 
Swiss band KEDAMA was formed in 1971 by Christian Linder (guitars, keyboards) and Richard Rothenberger (keyboards), and the band as such was finalized when drummer Peter Suter hooked up with them in 1972. In 1973 the band won a rock band contest giving them free studio time, which were used in between gigs to create and record their 1976 debut album "Live At Sunrise Studios" - a live in the studio recording where the trio played quirky instrumental numbers with references to the likes of Gentle Giant and King Crimson.

Only two years later the career of Kedama hit full brakes though. Debts were accumulating, and the changing musical climate lead to fewer people wanting to see the band perform live. After a concert with an audience of just 30 people in 1978 the band decided to call it quits.

This is a trio from Switzerland with a CD release featuring the four songs from the original LP (1976) and seven bonustracks. The range of vintage keyboards is impressive: Mellotron, Hammond B3 organ, Minimoog synthesizer, Farfisa organ and acoustic - and electric piano. The compositions sound pleasant but a bit fragmentic, like a bunch of nice ideas during a jam session. The guitar work is fiery but there are only a few soli. The most obvious hint is early Yes. The bonustracks feature more instrumental variation like a sitar and more lush keyboard sound. Highlight is the track Honey Moon delivering awesome Mellotron waves but Feelings Without Name is also wonderful with Spanish guitar and flute. A fine album with some beautiful moments.
Posted by Unknown at 12:00:00 AM 1 comment: Links to this post