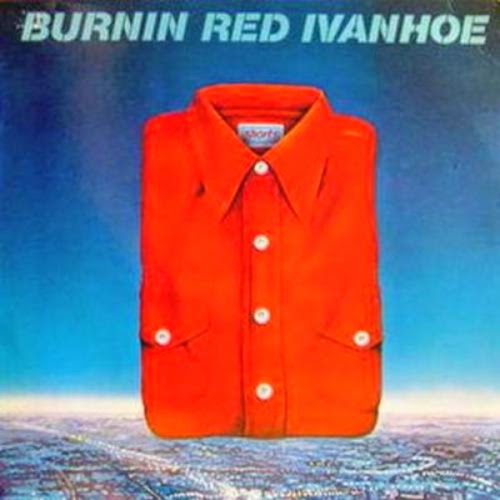 The music is far from the experimental Jazz/ Rock style Burnin´ Red Ivanhoe is generally known for and I´m sure that fans of the first three and most famous albums would cringe with embarrasment if they heard Shorts because this is bad eighties AOR if I´m being nice and really bad AOR if I´m not. You can still hear Karsten Vogel´s saxophone playing here and there but it´s about the only thing that links this album to Burnin´ Red Ivanhoe of the seventies. What a shame. This is such a cheesy album full of simple pop tunes with trivial arranged instrumentation.

The musicianship is good, but it´s no surprise if you´ve heard their albums from the seventies. In fact, two years later one more album appeared signed as Burnin' Red Ivanhoe. Its story is pretty interesting. Vogel was a member of Secret Oyster at that time. He found (Ref. 2) that he collected some compositions that were not appropriate for experimental style of this group and decided to release the new album under old band name. Right On appeared in 1974 and is another "mandatory" item for BRI fans (unfortunately, this album is extremely difficult to find and very expensive). As for the members, there were former musicians of BRI: Vogel, Andersen, Fick, Secret Oyster: Knudsen and Day Of Phoenix: Karsten Lyng (vocal), so the band name on the album was used rather for formality. This record has rare moments when you hear the echoes of Burnin' Red Ivanhoe (mainly instrumental parts with sax solos) but more often of Day Of Phoenix' first album. The opening track reminds of Uriah Heep very much! In 1980 the group in old good line-up released Shorts, containing pop-rock compositions, quite enjoyable but it is a different story. Burning Red Ivanhoe was one of the most important and typical Danish rock representatives of that time. Fortunately, its rich discography is the evidence of wonderful musicians' output.
Posted by Unknown at 12:05:00 AM 2 comments: Links to this post 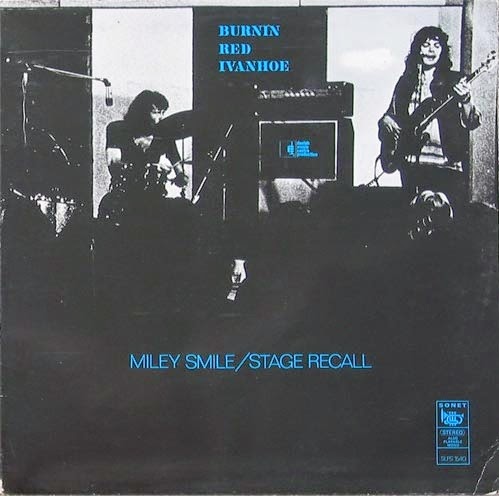 Before they disbanded in 1972 Burnin Red Ivanhoe recorded some new tracks live in studio and released them on this album here as a farewell present for their fans together with three old songs ("Ivanhoe I Brondbyerne", "Indre Landskab" and "Rotating Irons"). Thus this record is certainly interesting for any fan of this band. Due to the live production the music here sounds less professional and complex than on their studio outputs. What we've been offered here is jazz-tinged bluesrock played on Hammond, guitar, bass and drums with various solos on flute, sax or harmonica. Actually quite nice and entertaining but on the other hand not that much exciting and stirring. Most outstanding track is the instrumental "Bareback Rider" , a driving jammin' piece with awesome dual sax playing. The cover version of stupid "Red River Rock" is quite redundant I've to say.
As a conclusion this record offers a quite nice opportunity to hear how Burnin Red Ivanhoe could have sounded live though being most probably only interesting as an additional purchase if one owns already their previous studio albums. Despite inferior recording quality still a good one.