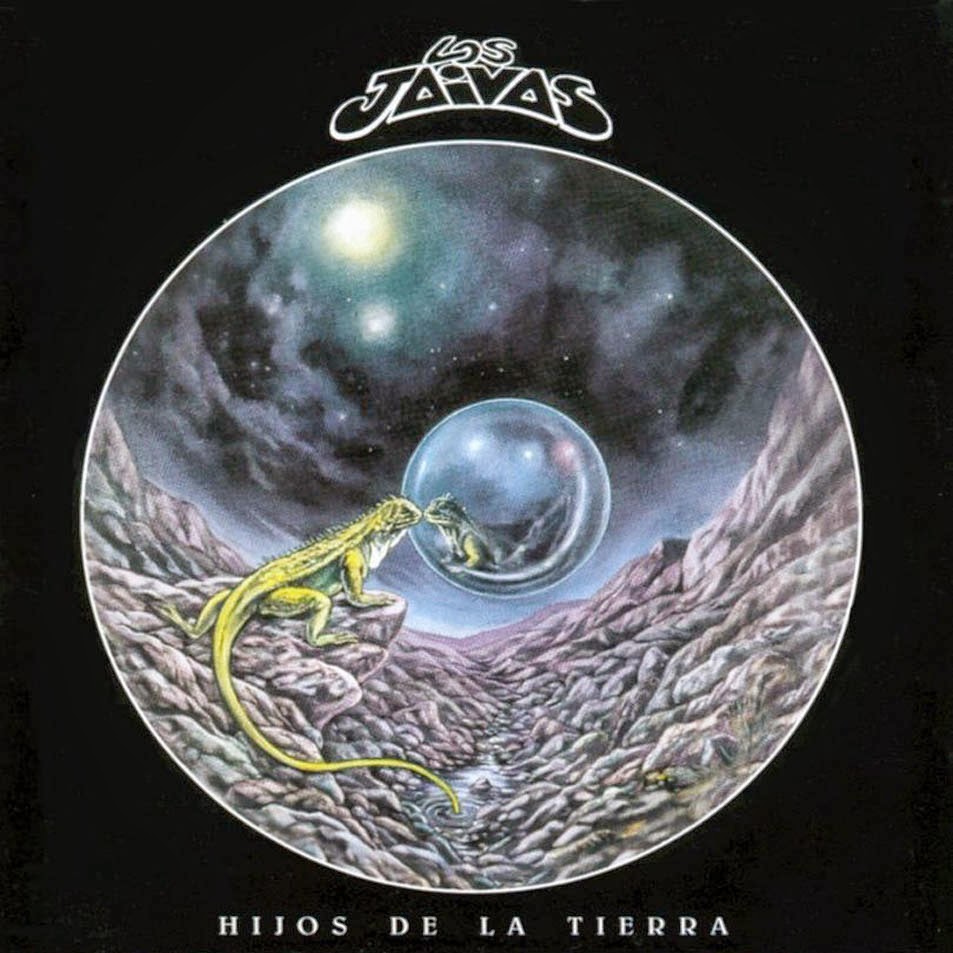 This is a comeback album from 1995, with much-loved drummer Gabriel Parra having died in a car accident in 1989. Here he is replaced by his daughter Juanita whojoins her uncles Eduardo and Claudio and lead vocalist Gato Alquinta. Unfortunately, for a large portion of its running time, Hijos De La Tierra (Children of the Earth) is a very safe album, sounding more like the Gypsy Kings or 90s Santana than classic Los Jaivas! The only real nod to the once great tradition of the band's music comes towards the end with an engrossing epic Bosques Virginales which contains more than a hint of past glory.

It would take a brave prog fan to stick it out that far though, because there are many tedious and a few turgid moments along the way. Arde El Amazonas for example, is for the most part, rubbish, with some truly awful dated synths! There are some moments of promise, as on Litoralena, but generally they peter out. There is certainly not much instrumental excitement of speak of either, and while some of the performances like En El Tren Da Paysandu are passionate, the material is rarely challenge and mostly too damn ordinary!

The languid pace of Tan Lejos Del Sol and Lluvia De Estrellas, both of which seriously overstay their welcome, doesn't help matters either, because it ensures that there are times when this record is really, really lifeless! Thankfully towards the tail end of the album, Bosque Virginales offers the beleaguered listener some respite. Building up an atmosphere with synth brass sounds, before an insistent rhythm leads into the unusual vocal melody. String synths are then the order of the day, and finally some powerful lead guitar playing rules the roost. The dynamic interaction of the band is particularly pleasing and reveals just how much they have kept in reserve on the other songs! 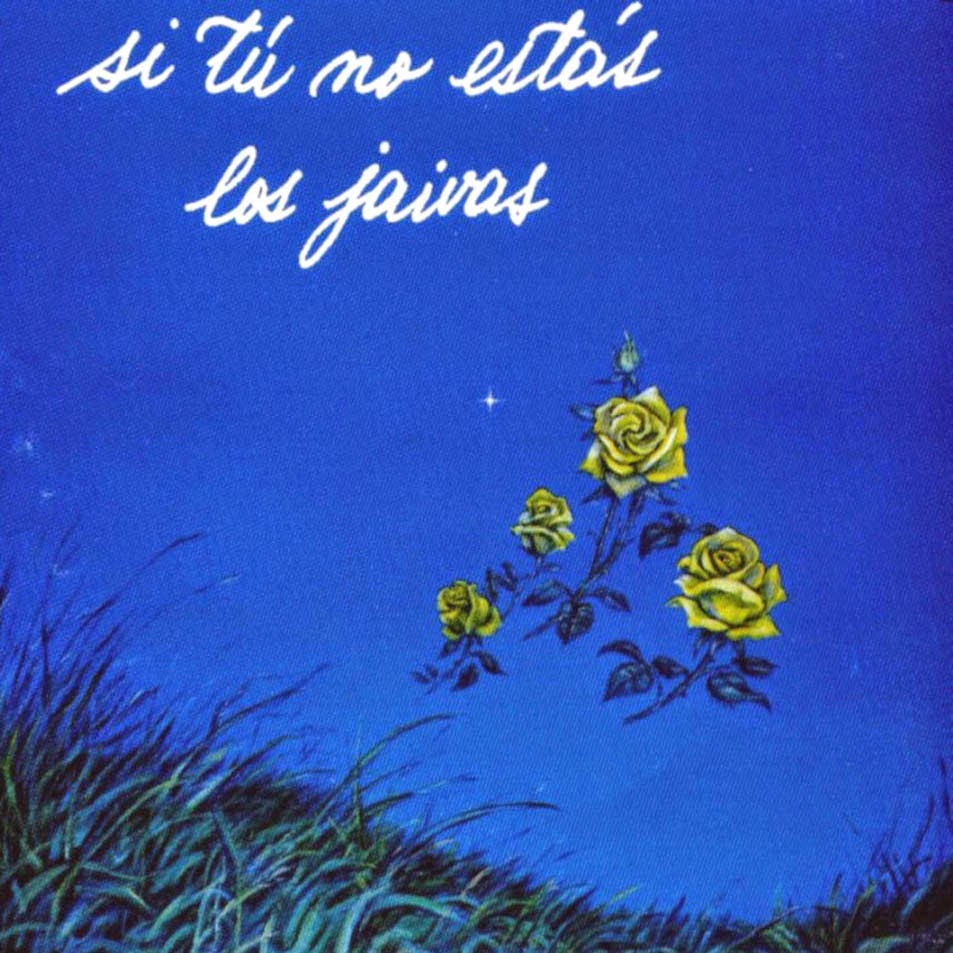 
This very special album in LOS JAIVAS discography sounds unlike any of their records. After such grandiose, gorgeous, monumental works as ''Alturas de Machu Picchu'' and ''Obras de Violeta Parra'' it was natural for the band members to create some lighter, less complex songs, expressing their personal feelings.

Unfortunately the year 1988 became tragic for LOS JAIVAS - Gabriel Parra died, on his way from Chile to Peru, in a car accident. Reports say 25 000 Chileans came to his funeral. No wonder the band dedicated the album ''Si Tu No Estás'' to their beloved friend and brother.

Now to the music. First of all, unusual, for the band, set of instruments was used for this record: no grand piano and mini-Moog, only Yamaha synthesizers; no flutes, ocarinas and trutrucas. The result is... yes, you guessed - most poppier LOS JAIVAS album ever. But don't hurry with conclusions - songs are inspired, catchy and memorable, band's good musical taste is, as always, here.

My personal highlights are the title track, 'Niña serrana', 'Rosas en el Jardín' and 'Solitarios de un Beso' - light, fragile melodies and beautiful singing by Gato Alquinta. This short (only 33 minutes) album has no fillers and is good for 'proper' listening and for listening in the background as well. 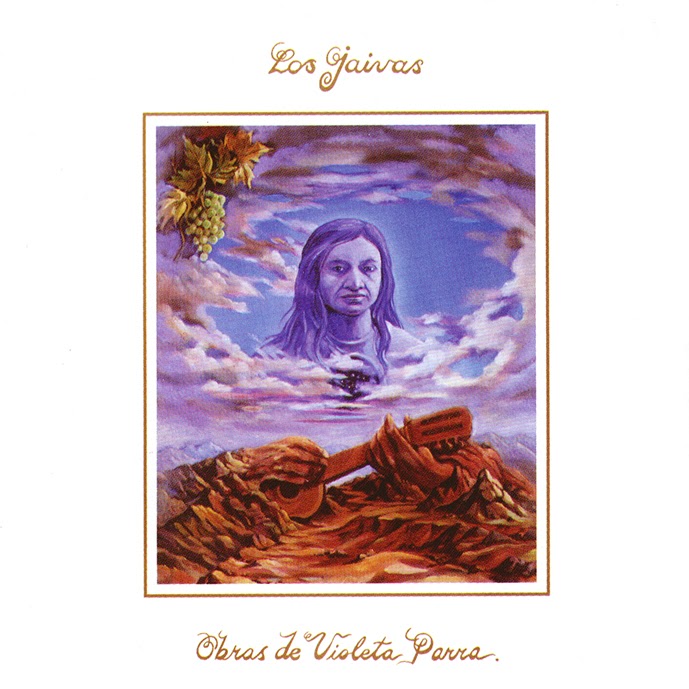 
This double album from 1984 sees a remarkable return to form by Los Jaivas. After following-up the brilliant Alturas De Macchu Picchu with a sharp drop in quality for Aconcagua) they rebounded with this equally specatular work. Obras De Violeta Parra is a dramatic re-interpretation of the folk songs of Violeta Parra (a folk singer/socialist activist who was not related to the trio of Parra brothers who formed the backbone of Los Jaivas) and it remains the most exciting progressive album that I've heard that was recorded in the 1980s.

This is no ordinary tribute album, for while Los Jaivas is occassionally faithful to the Parra original, their tendency is to use her material to drape their own extended compostions around. Indeed 6 of the 10 tracks here clock are in the 8-12 minute range. While most of the band are at the top of their game, it is pianist Claudio Parra and drummer Gabriel Parra who shine the brightest here.

As soon as the opening synth brass sounds of Arauco Tiena Una Pena hit you, you know you're in for something special. Mock horror synth and the trademark rippling piano of Claudio Parra introduce a brilliant Arabic-tinged guitar lead segment which is backed by some notable playing from basisst Mario Mutis, and a pretty fiery display from Gabriel Parra before, nearly 7 minutes into the song, the actual folky original tune of Violeta Parra emerges ... delivered with panache by Gato Alquinta, with Claudio's piano providing most of the backing.

Numerous highlights abound on this delicious offering. El Guillatun has a dark surrounding atmosphere with extraodinary piano flourishes from Claudio Parra ... this despite the fact that the "main song" is actually quite a light piece. Arriba Quemando El Sol is downright pagan with sombre backing from a traditional drum, flute and piano ... and by the time the piece has built to a crescendo in true Bolero style, Eduardo Parra has joined the party with some ballsy synth leads. Un Rio De Sangre is a blistering piano led progressive epic with a lot of dynamic changes (even if I keep thinking that the band is going to burst into Jethro Tull's Locomotive Breath, because one of the recurring piano lines is pretty similar to a line in that song!).

El Gavilan has an uncredited guest female lead vocalist, and evolves superbly, with the flute and piano playing an important part in the song's progress from acoustic folk gem to progressive monster. There's even room for a Mutis bass solo on this one and its conclusion with massed vocals is quite stunning. The beautiful Run Run Se Fue Pa'l Norte is presented here as a delicate instrumental with piano, charango and flute carrying the melody along. En Los Jardines Humanos is another fascinating "dark" excursion with a mid-section that will have PFM fans squealing with delight and an exciting explosive finish to boot. I've mentioned Claudio Parra's rippling piano before, but I dare say it never gets quite as much exposure on the wonderful opening to Violeta Ausente!

Perhaps due to a lack of genuine diversity in terms of style from piece to piece, it isn't always easy to absorb the whole 77 minute double album at a single sitting, but unlike every other double album I've ever encountered, Obras De Violeta Parra does not really have too many filler moments. The mock-militaristic Manana Me Voy Pa'l Norte and the brief accordion instrumental Que Pena Sienta El Alma may not be to my taste musically, but as the shortest pieces on this album of monster tracks, it scarcely affects my immersion in this wonderful world that Los Jaivas created.
Posted by Unknown at 11:13:00 PM 1 comment: Links to this post 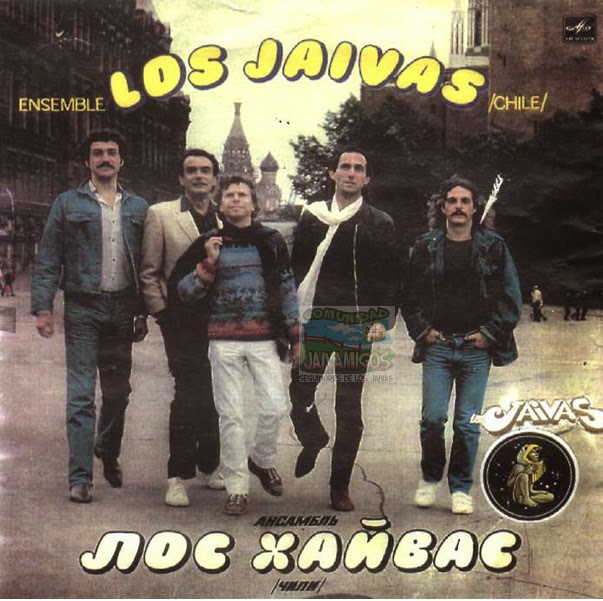 Recorded live at the "Rossia" State Concert Hall in 1983.


Back in the 1980's, if you had listen to this album you were a very lucky guy. Today, if you own the original LP, you might be sure you have a treasure.

What's my point? This is a very rare recording. I think it was only edited in the USSR. Maybe two or three copies are actually here in Chile (I'm talking 'bout the vinyl disc, if you downloaded the mp3 you are lucky, but not so much).

Sube a Nacer Conmigo Hermano (Follow me and rise, my brother). A great start for a live release. Although I don't think they started their concert with this tune, it's a powerful song that keeps the listener always up with its wonderfully-frantic piano arpeggios that are throughout the whole song; the constant groove of drums and bass that doesn't decay and the well-known minimoog riff that precedes the high-pitched almost flawless singing of Gato Alquinta.

Corre que te Pillo (Running). A 12-minute instrumental song with an amazing extended drum solo by the late Gabriel Parra, including a bass-drum/hi-hat 12/8 groove created and developed by himself and a variation for two bass-drums in this live performance. Being a drummer myself, I think every drummer in the world should listen to this song and specially this version. It's not about the drum solo, but also the whole work he did in the entire song. The main traditional malambo rhythm and how he develops it. And last but not least, don't forget his drum set had 12 tom-toms.

Pregón para Iluminarse (Enlightenment). I'm pretty sure this was the first song of the show and was chosen to be put in between two 12-minute epics. As all the four songs in this record, a flawless performance of the five original members in what is considered today as the band's peak. If you have ever watched or listened something live from the years 80~88 you might agree. If not, try to get a copy of this.

La Poderosa Muerte (Heights of Macchu Picchu). What a perfect performance for this epic song. Almost 12 minutes of Los Jaivas in the peak of their career. Well, many people say this is the greatest Jaivas' composition ever. This is the greatest live version for this masterpiece I've ever heard.

OK, I think that's it. The only thing I can say to end this review is try to get a copy of this, it's a great live recording of an amazing band. Besides, it's a rare edition of an historic concert... If you're a Jaivas' fan, you MUST get this, trust me. 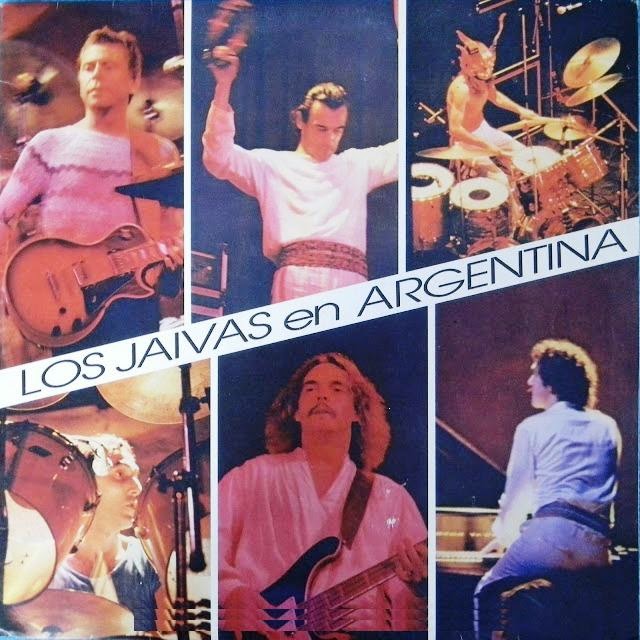